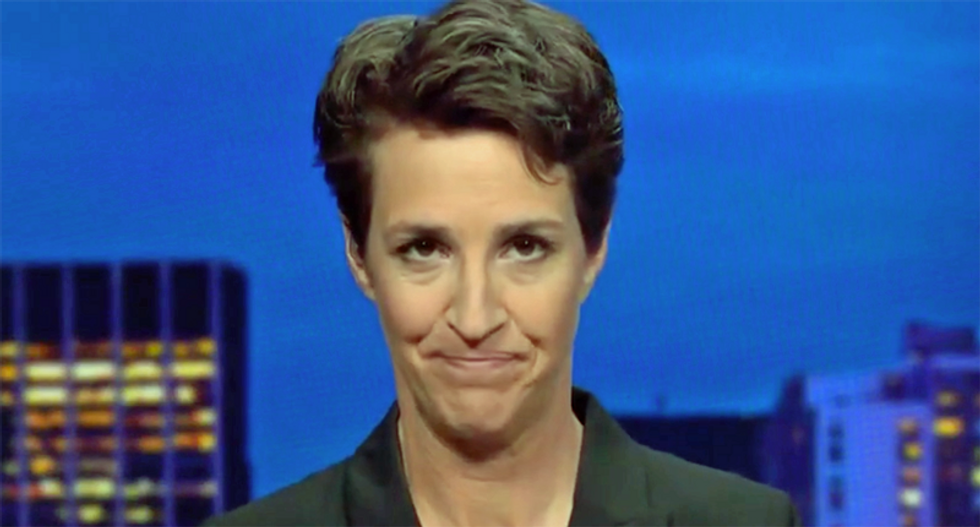 On MSNBC Wednesday, Rachel Maddow exposed a form from a county health department in Colorado that appears to block COVID-19 testing for high-risk workers at a meatpacking plant.

"We just obtained a document that I want you to see," said Maddow. "It is a document from Greeley, Colorado. Greeley, Colorado, of course, is one of the first meatpacking plants that we covered ... they have had we believe eight workers die in Greeley already. This is the plant they pledged publicly that they would test all of their employees before they reopened the plant. But then they didn't."

"But then look at this, on the very bottom, in bold," said Maddow. "'If the person answers yes to any of the above screening questions, they are not eligible to be tested.'"

"I mean, this means that the local county health department, in the county where the JBS Company is the biggest employer in town, in conjunction with the county, they set up a testing protocol for the meatpacking plant workers that ensured that no one would be tested if they had any reason to be tested, if you know what I mean," said Maddow. "Well, that's one way to keep your numbers down. But that plant is open. Up and running. Eight employees dead already. Still hundreds of known cases in that plant. Even though that was the approach to testing."