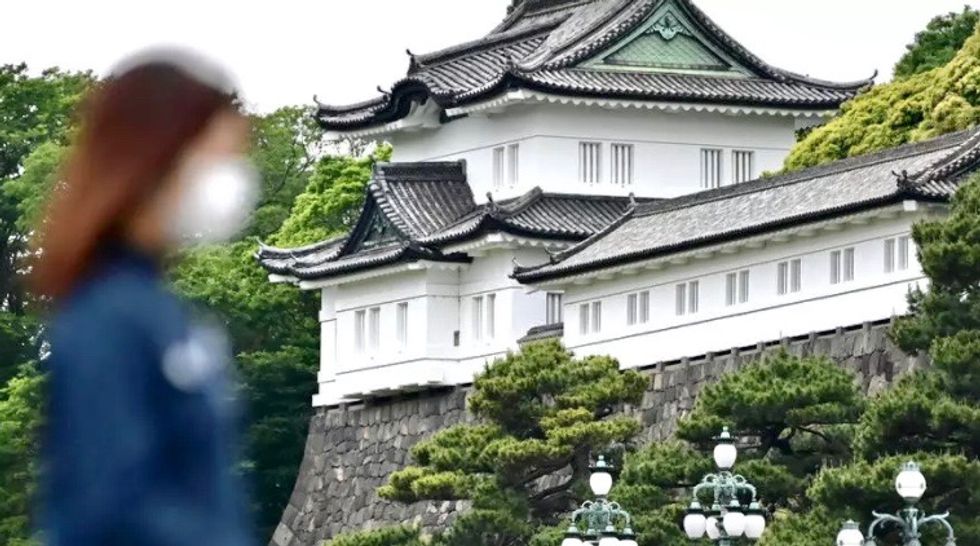 A Japanese man was arrested in Tokyo on Monday after swimming across the Imperial Palace's moat to scale an outer wall, entering off-limits parts of the grounds, police said.

They said the man appeared to be in his 40s and was arrested mid-morning after emerging on palace grounds shortly before Emperor Naruhito was scheduled to conduct a rice planting ceremony elsewhere on the imperial property.

No other details were immediately available, including the man's identity or motive for the incursion.

A police spokesman said the incident did not disrupt the rice planting ceremony.

The man is not the first to be arrested for breaching the palace's defences.

In 2013, two men who identified themselves as British tourists were arrested in their underwear after they swam across the moat to the outer walls, according to Kyodo News.

A year earlier a Japanese man was detained after being discovered inside palace grounds -- also in his underwear. He told police he had swum across the moat and wanted to meet the emperor.

And in 2008, a naked British man was arrested after swimming across the moat and scaling the stone walls in the full view of the public, even tussling with police armed with a stick when they tried to accost him.

The Imperial Palace, in the centre of Tokyo, is among Japan's most popular tourist destinations.

Parts of the grounds are open to the public, but much of the sprawling property is off-limits, with access carefully controlled and gates and the surrounding moats regularly patrolled by police.