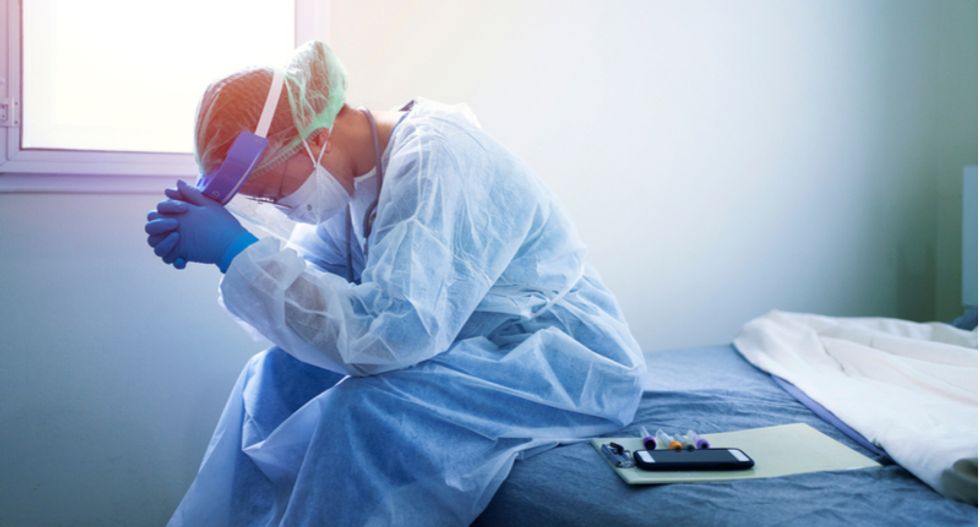 In a report for Vanity Fair this Friday, Diana Falzone points to the PPE shortages that are hobbling hospitals across the nation as the health care industry "has come to rely on group purchasing organizations, or GPOs—legal entities that negotiate contracts with supply vendors on behalf of their members."

One hospital highlighted in the report had an exclusive contract with Medline, the largest privately held manufacturer and distributor of medical supplies in the United States. The hospital has not accepted donations for PPE because they're contractually obligated to exclusively deal with the supplier.

“Basically, ‘If you get COVID [due to lack of PPE] and die, you can’t sue us,’” a California doctor told Falzone. “It would be like a firefighter trying to sue a fire department for sending him into a burning building without appropriate gear, and the firefighter having to sign off before they walk into the fire. I didn’t sign it.”

Speaking to Vanity Fair, a Philadelphia physician used a metaphor to describe the process.

“Imagine if iced tea companies were allowed to pay convenience stores,” Dr. Marion Mass said. “You’d have one iced tea company who would pony up enough to become the only supplier. And that tea company could charge what they like. The fact that the hospitals are not crying out means there’s something in it for them. You need to be able to see where the money is going, [but] the contracts between GPO and manufacturers and GPO and hospitals are hidden from the public.”

Read the full report over at Vanity Fair.