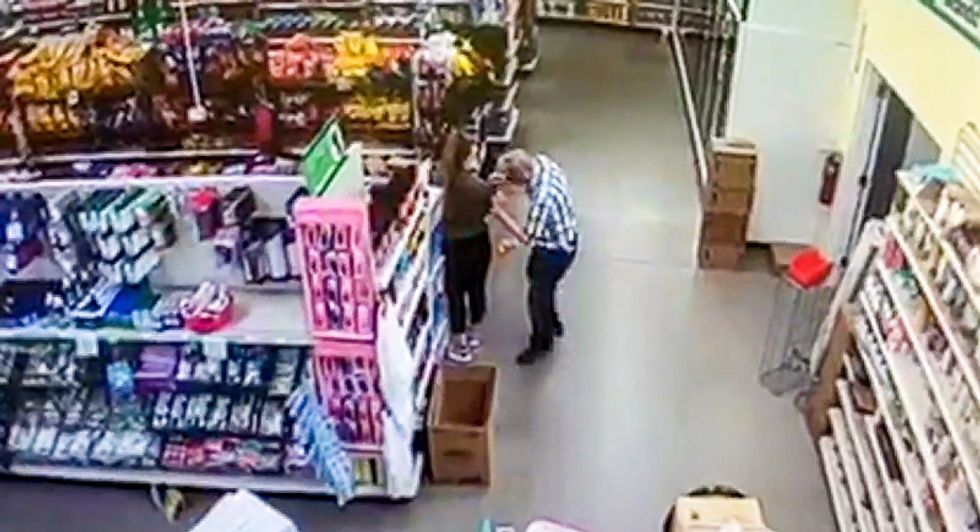 A Michigan man was caught on video wiping his nose on a worker at a dollar store after she asked him to wear a mask.

Click on Detroit obtained surveillance video of the incident, which occurred in a Dollar Tree store in Holly on Saturday at approximately 1:30 p.m.

"Here, I’ll use this as a mask," the man said before wiping his nose on the worker's uniform.

Police said that the man continued being disruptive for a while and then left the store in a van.

Anyone with information about the incident has been asked to contact the Holly Police Department at 248-634-8221.