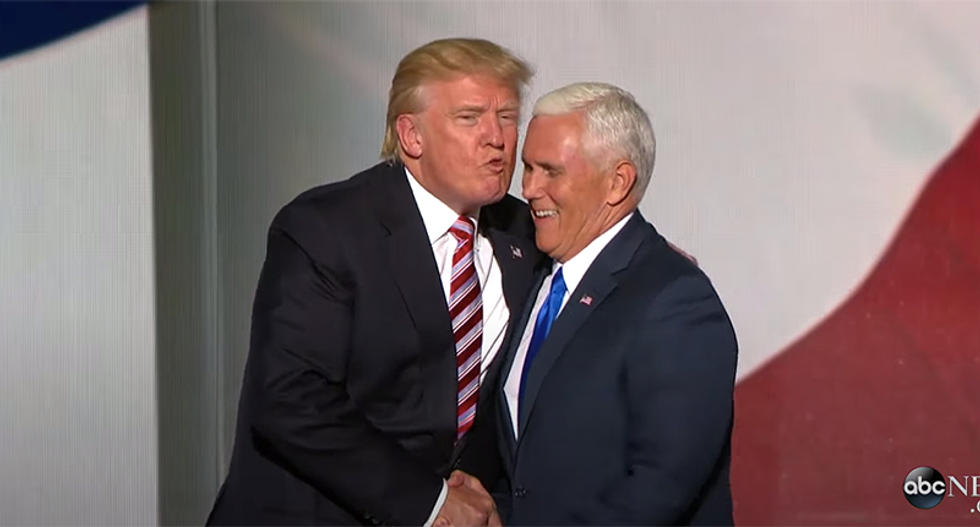 A new CNN investigation into the ongoing evolution of the relationship between Vice President Mike Pence and President Donald Trump revealed that the two have actually grown closer during the coronavirus crisis.

"He earned his keep," CNN cited a person familiar with Trump's views. It's a renewed appreciation from a boss whose "what have you done for me lately" way of leadership that apparently extends to even the top offices.

"When you earn your keep, the relationship gets better," the person said. "When you don't, it gets worse."

"Perhaps the biggest impediment to a functional-seeming federal response has been Trump himself, whose grievance-filled press briefings and rapid changes in tone and outlook have earned him negative approval for his handling of the crisis, even as he seeks to adopt the mantle of a wartime leader," wrote CNN.

As Trump meanders from one traipse platform to the other during a pandemic, desperately trying to keep himself from falling to a political death, it appears Pence is the partner catching him.

"Trump has really come to rely on Pence. He talks about him in glowing terms now," said a someone who's spoken with Trump, "where before there were platitudes."

Pence "is channeling Fauci and the task force," said a source familiar with the relationship. "Ultimately the clash is more about economy and less about what the task force wants."