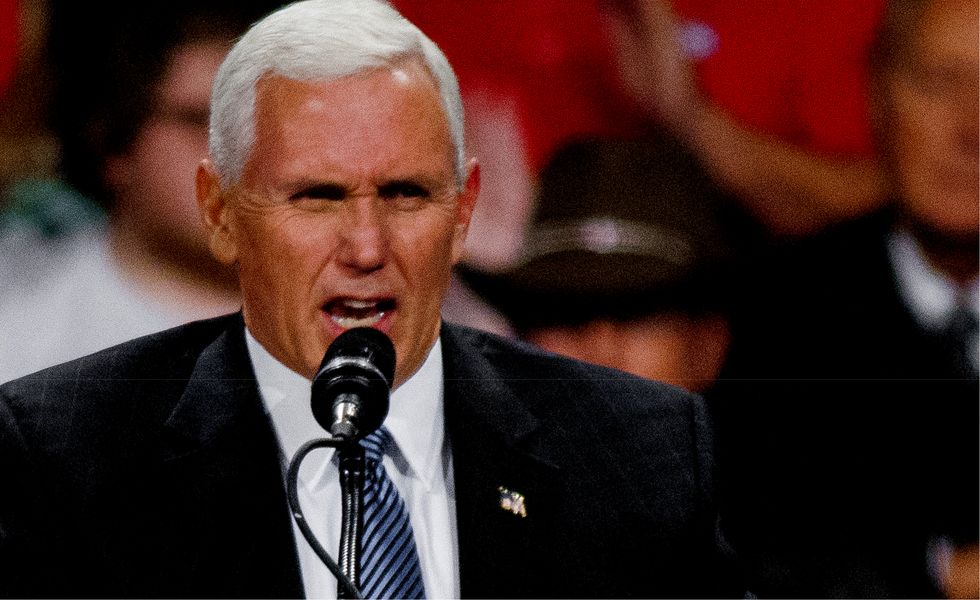 Texas is being considered to host the Republican National Convention, Vice President Mike Pence said Monday in an interview with Fox News. Pence's comment comes after President Donald Trump threatened in a series of tweets Monday morning to pull the convention from North Carolina if the state refuses to guarantee it will be open come August.

“These national conventions literally take many months to organize and prepare,” Pence said. “The president is absolutely intent on ensuring, as we see our nation continue to make steady progress on putting the coronavirus epidemic in the past, that come this August, we’ll be able to come together in a safe and responsible venue.”

Trump said that if North Carolina Gov. Roy Cooper can’t guarantee that the Republican Party would be allowed to “fully occupy” the convention venue in Charlotte Aug. 24-27, the party will seek other states to host.

In the interview, Pence named Texas, Florida and Georgia as states that have made “tremendous progress” in reopening. Pence called on Cooper to provide a "swift response."

“Having a sense now is absolutely essential because of the immense preparations that are involved,” Pence said. “If need be, [we’ll move] the national convention to a state that is farther along on reopening and can say with confidence that we can gather there.”

The development, first reported by The Washington Post, comes on the heels of a now months-long standoff between Democrats and Republicans over the alleged potential for Biden's infrastructure deal to cause dangerous levels of inflation. According to a Tuesday analysis by Moody's Analytics, a federal default could spell a loss of six million jobs within the U.S. economy and is predicted to double the unemployment rate to 9%. During the Trump administration, the Trump national debt climbed by about $8 trillion under Trump, according to the Post.

Clark Kauffman, Iowa Captial Dispatch
The secrecy surrounding a state licensing board's investigation of a Waterloo surgeon twice accused of incompetence is now the subject of litigation headed for the Iowa Supreme Court.
At issue is the fact that patients who sue for malpractice have no way of knowing whether their doctor is the subject of an active, ongoing investigation by the Iowa Board of Medicine. And while the board might eventually take public action against the doctor, the process may take five or 10 years – long after the patients have had their day in court. In many cases, the board only discloses concerns about a physician once it has negotiated a settlement to a formal set of charges.

In the case at hand, a patient who sued his surgeon for malpractice lost at trial, but just five weeks later the board publicly accused the doctor of incompetent patient care dating back 10 years. Prior to the trial, the doctor's lawyers had claimed their client never had been the subject of a board investigation.

The case involves Dr. Eromosele Otoadese, a 68-year-old physician who practices vascular medicine in Waterloo. Earlier this month, Otoadese entered into a settlement agreement with the Board of Medicine, which accused him of professional incompetence. The board alleged Otoadese performed a carotid endarterectomy – a surgical procedure to remove a build-up of fatty deposits in an artery – without properly monitoring the patient for electrical activity in the brain.

Michael Moline, Florida Phoenix
A Florida version of the Texas law banning abortions after about six weeks of pregnancy and allowing citizens to sue people who provide or enable abortions has landed in Tallahassee in the form of HB 167, filed by Republican Webster Barnaby of Volusia County.
Barnaby's bill, filed Wednesday, mimics key provisions of the Texas law — for example, forbidding abortions when medical workers use sonography to detect “cardiac activity or the steady and repetitive rhythmic contraction of the fetal heart within the gestational sac."

The only specific exemption in the bill is in case of “medical emergency." However, it retains language in existing law barring public funding for abortions except in cases of rape or incest or when “medically necessary to preserve the life of the pregnant woman or to avert a serious risk of substantial and irreversible physical impairment of a major bodily function of the pregnant woman, other than a psychological condition."

The bill carries no criminal sanctions, leaving enforcement to private citizens who have reason to suspect neighbors of seeking early abortions. They'd take medical providers to court and, as a reward, they could receive court-ordered judgments of $10,000 per case. Defendants would have to shoulder their own legal costs.