Military jets fly over US cities to salute frontline workers 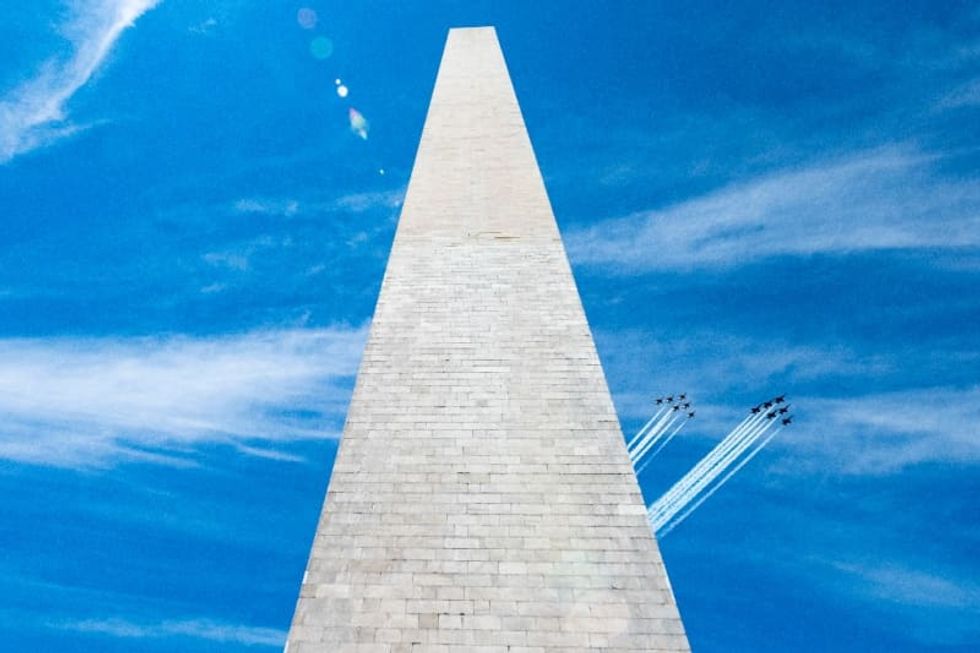 Washington (AFP) - Military jets flew over US cities on Saturday to salute frontline workers in the country with the highest coronavirus caseload and death toll in the world.Residents of the nation's capital Washington, as well as Baltimore and Atlanta were treated to sights of the Navy's Blue Angels and the Air Force's Thunderbirds arcing across the sky.Crowds turned out on the National Mall to see the jets fly in formation past sites such as the US Capitol and the Washington Monument. Most of those in attendance appeared to be following social distancing rules, and many wore face masks."Prou...