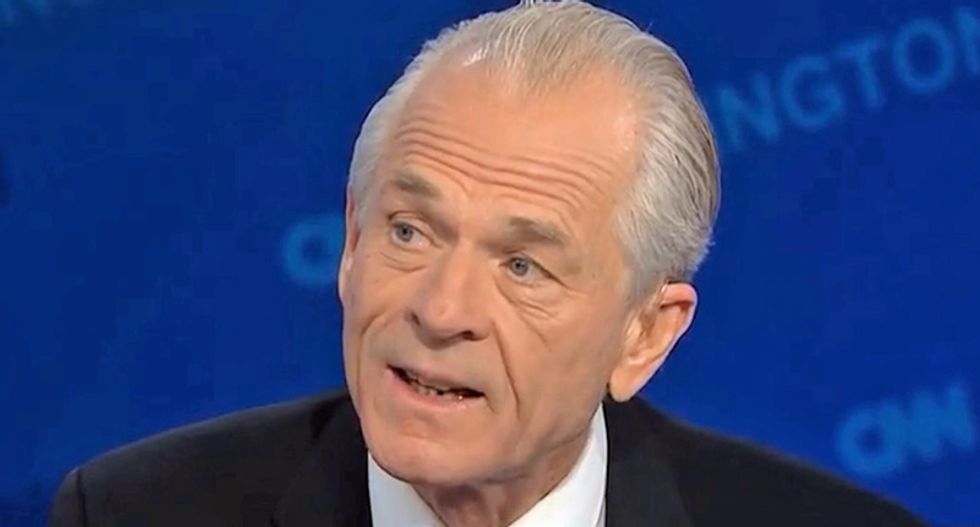 On Tuesday evening, The Wall Street Journal reported on how one new company received hundreds of millions in government contracts from the Trump administration.

"A new generic drugmaker said it was awarded $354 million in federal funding to make prescription drugs and their raw ingredients in the U.S., including some medicines used to treat patients infected with Covid-19," the newspaper reported. "Privately held Phlow Corp., a Richmond, Va.-based company incorporated earlier this year, said the funding will support manufacture that began recently of more than a dozen generic prescription drugs in short supply that are used to treat Covid-19 patients."

"The Biomedical Advanced Research and Development Authority, a part of the U.S. Department of Health and Human Services, will provide the funding over four years. Under the terms, the contract could reach as high as $812 million over 10 years, according to Phlow," the newspaper explained.

Peter Navarro has "championed the initiative."

"Mr. Navarro said in an interview Tuesday evening that he first spoke with Dr. Edwards in November after they were introduced by Rosemary Gibson, an acquaintance of Mr. Navarro’s and a Phlow board member," The Journal explained. "Ms. Gibson had reached out to Mr. Navarro after reading his book “Death by China,” in which he describes the risks of relying on Chinese pharmaceuticals, he said."