Moscow to ease lockdown from Monday as pandemic stabilizes 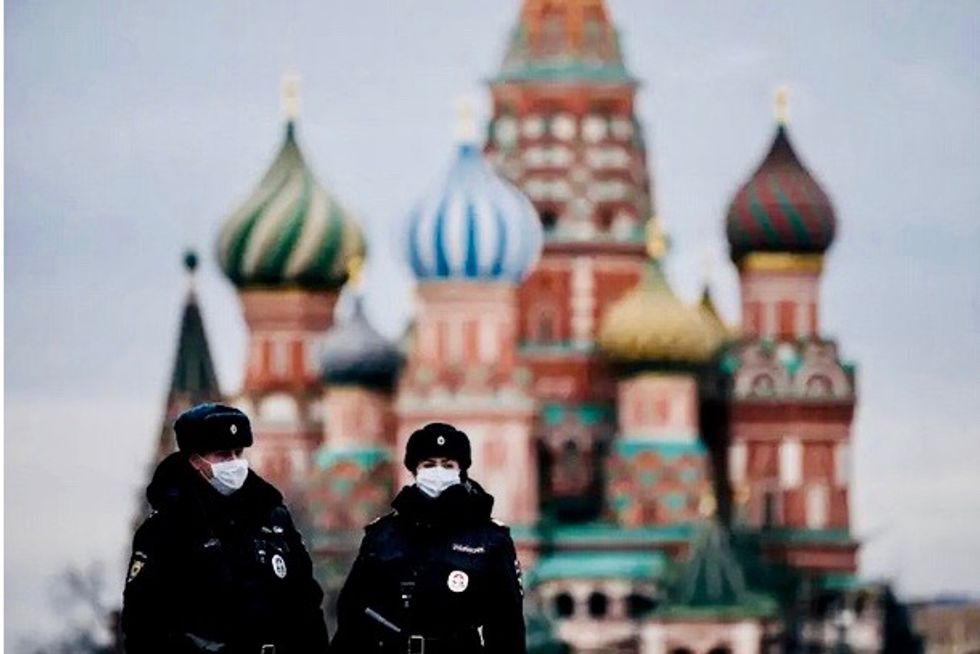 Moscow Mayor Sergei Sobyanin on Wednesday announced an easing of the Russian capital's lockdown starting June 1 after the Kremlin said the coronavirus pandemic had passed its peak in the country.

"Today we can already talk about the next steps out of the crisis situation," Sobyanin told President Vladimir Putin during a televised video conference.

"I propose from June 1 to reopen not only food retail but all non-food retail."

The mayor also called for the reopening of retail services where there is minimal contact with the customer, listing dry cleaners, laundry services and repair workshops.

Moscow has been under lockdown since March 30, with residents only allowed to leave their homes for brief trips to a shop, to walk dogs or travel to essential jobs with a permit.

In a decree published Wednesday evening, the mayor said the permit system will be extended until June 14.

Walks and exercise outside would be permitted from June 1 only with masks on, the decree said.

The Russian capital emerged as the epicenter of the pandemic in the country with around half the total of more than 370,000 cases.

The mayor said that lifting some restrictions was justified because of an improvement in the situation since May 12, when around half a million laborers were allowed to return to work in the construction and industry sectors.

The number of hospitalizations in Moscow has fallen 40 percent since then, he said.

Sobyanin also proposed allowing residents of the capital to take walks under some limitations, expanding rules that have kept Muscovites within a 100-meter radius of their home.

Sobyanin proposed as a test measure allowing people to go on walks according to a staggered schedule based on their home addresses.

He described the decision as "very difficult," because he feared allowing unrestricted walks would mean "there will be about as many out as at a May 1 rally," referring to a Soviet holiday celebrating workers.

The number of commuters has gone up by a million from May 12, Sobyanin added.

Details of the new measures are expected to be published on the Moscow city hall website in the coming days, with questions remaining over when shopping malls will open and whether there will be a limit on numbers of shoppers in stores.

Putin announced in mid-May that nationwide anti-virus measures were being eased as the situation improved and dozens of regions throughout the country have already begun to return to normal.

During Wednesday's meeting, Putin reiterated that the peak of the pandemic had passed in Russia and the capital, praising Sobyanin for halving infections in Moscow and introducing widespread testing.

"The situation in Moscow and in the country in general is stabilizing," Putin said.

With 370,680 total infections, Russia has the third-highest number of cases after the United States and Brazil, which officials say is due in large part to a massive testing campaign.

Official virus figures released Wednesday showed a decrease in active cases for the second day in a row.

After peaking in mid-May at more than 11,000 new cases per day, the number of daily infections has dropped below 9,000.

Putin on Tuesday ordered a World War II victory parade delayed by the pandemic to be held on June 24, cautioning that "strict safety measures" would need to be put in place for the event, originally set for May 9.