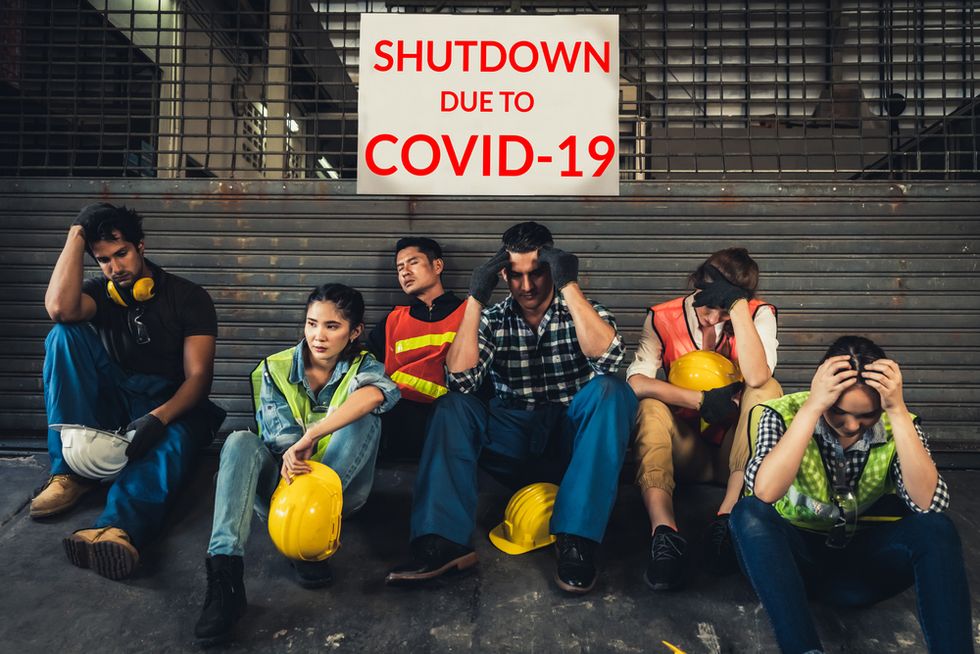 The Bureau of Labor Statistics on Friday published its employment report for the month of April, and it showed that the COVID-19 pandemic has completely destroyed the American economy.

In all, the BLS estimated that the U.S. economy lost 20 million jobs in just the last month, and the unemployment rate soared to 15 percent.

Economists and business reporters alike reacted with horror to the report, which they said was unprecedented in American history.

"Been writing up these job reports for 3 decades and I’ve never seen anything remotely this bad," economist Jared Bernstein wrote. "Payrolls down 20.5 million. Almost a decade of job gains wiped out in 2 months. Unemployment spiked to 14.7% & all of this in a system with the weakest safety net of all advanced economies."

Been writing up these job reports for 3 decades and I’ve never seen anything remotely this bad. Payrolls down 20.5… https://t.co/ntabynDxw2
— Jared Bernstein (@Jared Bernstein) 1588941419.0

Politico chief economic correspondent Ben White, meanwhile, said that the horrific report is "the worst number in American history and doesn't even show the true extent of the carnage."

Equities analyst Barry Ritholz, meanwhile, said that we may not have even seen the worst of the economy carnage caused by the virus.

"Here is the craziest thing about over 20.5 million jobs lost in April 2020 -- despite the best efforts of BLS statisticians, it likely undercounts lost jobs by about 10-15%," he explained. "This means we can look forward to another horrific NFP report in May 2020."

And economist Justin Wolfers described the report as "mind boggling" and said that "it's plausible that the forecast error today will be larger than a typical recession."

The numbers involved are just mind-boggling, and the magnitudes defy comprehension. It's plausible that the forecas… https://t.co/XBe3jCiERM
— Justin Wolfers (@Justin Wolfers) 1588940846.0