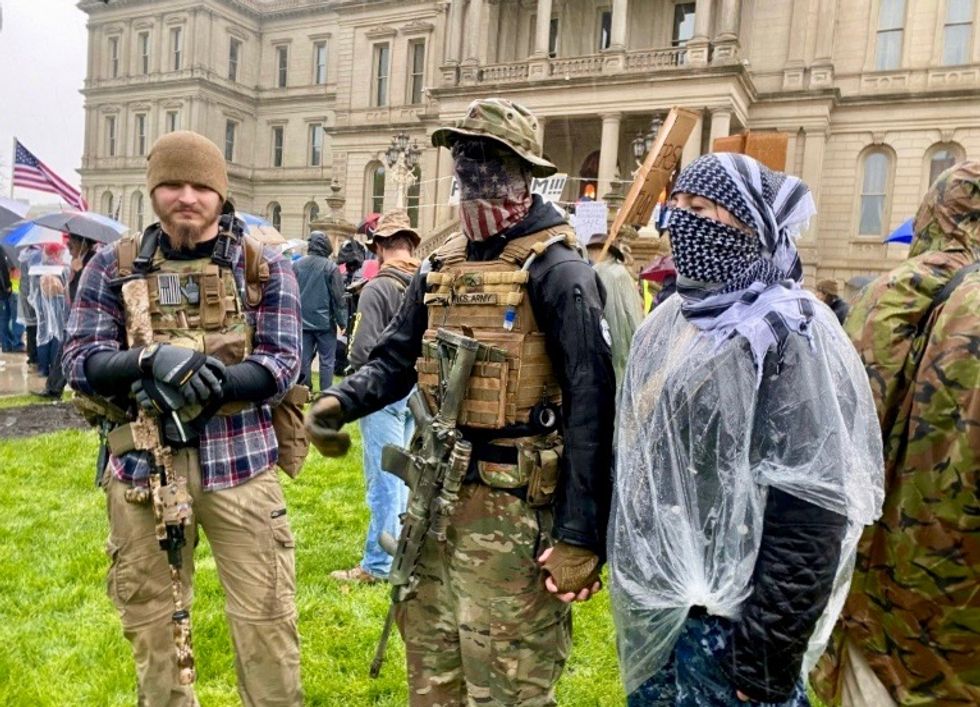 The study, which has not been peer-reviewed, found that a 1% increase in Fox News viewership in a zip code "reduces the propensity to stay at home by 8.9 percentage points compared to the pre-pandemic average."

Though the study did not measure how much Fox News viewership affects their behavior, the researchers argue that the findings are the result of the network's misleading attempts to downplay the threat posed by the virus in early March.

The researchers used a "quasi-experimental" method, using social distancing data aggregated by the geospatial data firm SafeGraph. The company, which collected 45 million anonymized GPS pings from 45 anonymized mobile devices, uses an algorithm that "incorporates median home-dwelling time, percent of devices completely home, and median distance traveled from home to provide a localized analysis of social distancing," according to a news release. Researchers then used the data to determine how much people in certain areas stayed at home and compared it to Fox News viewership data from Nielsen.

"Our team was interested in examining the broader consequences of cable viewership and the role that media outlets like Fox play in the enforcement of public health recommendations," Simonov said. "SafeGraph's COVID-19 Consortium data allowed us to answer this question by providing daily panel of census-block-level aggregate movements data, enabling our team to measure stay-at-home rates across the country."

The study measured differences between viewership of Fox News and CNN because they were widely watched, though MSNBC has higher ratings than the latter. The findings on CNN, which also aired statements downplaying the threat of the virus early in the pandemic, were "inconclusive" but researchers found a "statistically significant" link between Fox viewership in zip codes and non-compliance with state restrictions that were enacted in late March and early April.

"Our findings imply a persuasion rate of Fox News on non-compliance with stay-at-home behavior during the crisis of about 33.5% — 50% across our various social distancing metrics," the authors wrote, pointing to past studies that found that the network "may change viewers' beliefs in ways that diverge from those expressed by leading health experts."

The authors also note that since they could not test how Fox News affects viewers' behavior, it is also possible that Fox viewership is linked to a general distrust of government agencies, like the Centers for Disease Control and Prevention. The study also could not differentiate between shows viewers watched on the network. While hosts like Sean Hannity and Laura Ingraham sought to downplay the pandemic early in the outbreak, others like Tucker Carlson issued stark warnings to viewers, albeit in more nationalistic terms. The study notes that Ingraham in particular continued to cast doubt on the threat posed by the virus long after President Donald Trump urged people to stay home.

The network has disputed that it downplayed the virus. A Fox News spokesperson told Salon last month that analyses of the Hannity's coverage "ignore his… repeated, specific warnings and concerns from January 27-February 26 including an early interview with Dr. Fauci in January."

"There's no mask-wearing here that I see," Hannity said. "I see no social distancing. But if they get the virus and they're in contact with older, more vulnerable Americans, that could be a disaster... If you can't social distance, please wear the mask for your mom, dad, grandma, grandpa. My humble advice."

But the new study dovetails with past research finding that the network may have played a role in viewers' attitudes on the virus, though there has not been similar research on coverage at the other networks. A study from the University of Chicago last month found that "greater viewership of 'Hannity' relative to 'Tucker Carlson Tonight' was strongly associated with a greater number of COVID-19 cases and deaths in the early stages of the pandemic." A poll conducted in late March found that Fox News viewers were far more likely to believe the threat of the virus was exaggerated. A Pew Research poll in April also found that Fox News viewers were more likely to believe misinformation about the origin of the virus and the timeline for when a vaccine would become available.

More recently, Fox News has seen a marked decline in coronavirus coverage, especially compared to networks like CNN, as it instead focused on issues like Trump's attacks on former President Barack Obama and special counsel Bob Mueller and the Michael Flynn saga.

"Even when the coronavirus comes into focus, Fox has pivoted away from topics of health and science in favor of coverage related to efforts to reopen the economy and associated anti-lockdown protests," wrote Salon's Roger Sollenberger. "In what is perhaps the most remarkable indicator, the network has dramatically cut airtime for medical experts on the White House coronavirus task force, falling from its late-March high of up to 14 appearances a week to just one appearance a week over the last two weeks."