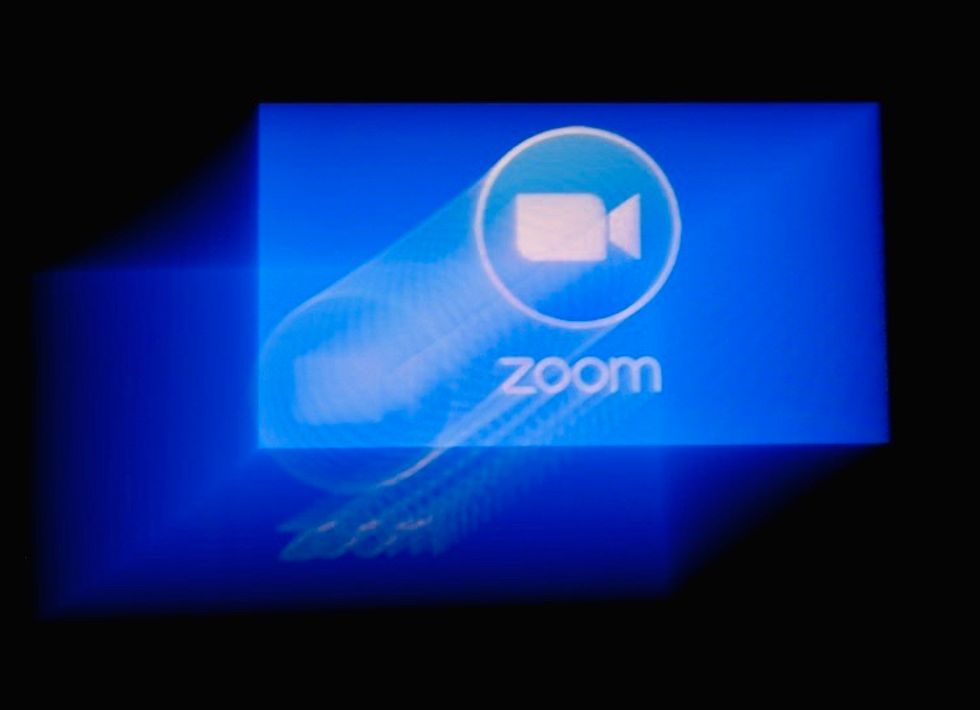 A New York suburb was in shock Friday over a gruesome murder that saw a 32-year-old man stab and kill his father, who was attending a Zoom conference that included about 20 participants.

Dwight Powers, 72, was participating in an e-meeting via the Zoom video chat platform at approximately noon on Thursday when his son, Thomas Scully-Powers, emerged and began beating him, police in Long Island's Suffolk County said.

After his arrest, Scully-Powers told police he stabbed his father approximately 15 times in the back, neck and torso, switching knives because the blades were bending, according to prosecutors.

The county medical examiner said Powers sustained multiple stab wounds to his chest and back -- with one slash across his neck nearly decapitating him.

The murder took place in the town of Amityville -- known in particular for the horror book series bearing its name and related film, which came out in 1979.

"This is a shocking and disturbing case," Suffolk District Attorney Timothy Sini said in a statement.

"By the defendant's own admissions, he brutally stabbed his own father repeatedly until he was certain he was dead."

When officers arrived at the scene, Scully-Powers jumped from a second-story window, police said, attempting to flee on foot.

He ran to a nearby deli and allegedly began pouring Dr. Pepper soda on himself in a bid to wash off the blood.

Police quickly apprehended him nearby, they said.

They also found evidence at the apartment, which Scully-Powers shared with his father, of apparent attempts to clean the scene, including a mop and bucket in the bathroom along with a blood-soaked bed sheet found in a garbage bag.

Scully-Powers was briefly hospitalized for minor injuries sustained from his leap out the window in Amityville, located approximately 40 miles (65 kilometers) east of Manhattan.

He was released from the hospital on Friday and arraigned on second-degree murder charges, police said.

Prosecutors did not provide details about a possible motive. The man's lawyer, Jonathan Manley, entered a plea of not guilty, local media said.

Scully-Powers is due back in court on May 26, and until then is detained without bail.

If convicted, he faces a sentence of 25 years to life in prison.

He has had previous brushes with the law, with charges of reckless endangerment, drug possession and criminal mischief.

The murder appeared to be the first carried out on Zoom, which has boomed in popularity since confinement measures forced people to stay at home during the coronavirus pandemic.

Since many US state and local governments issued stay-at-home orders, interviews and meetings on Zoom -- along with similar conferencing platforms from Facebook, Google and Apple -- have exploded in use for business, school and socializing.