Pandemic puts up to 86 million children at risk of poverty: study 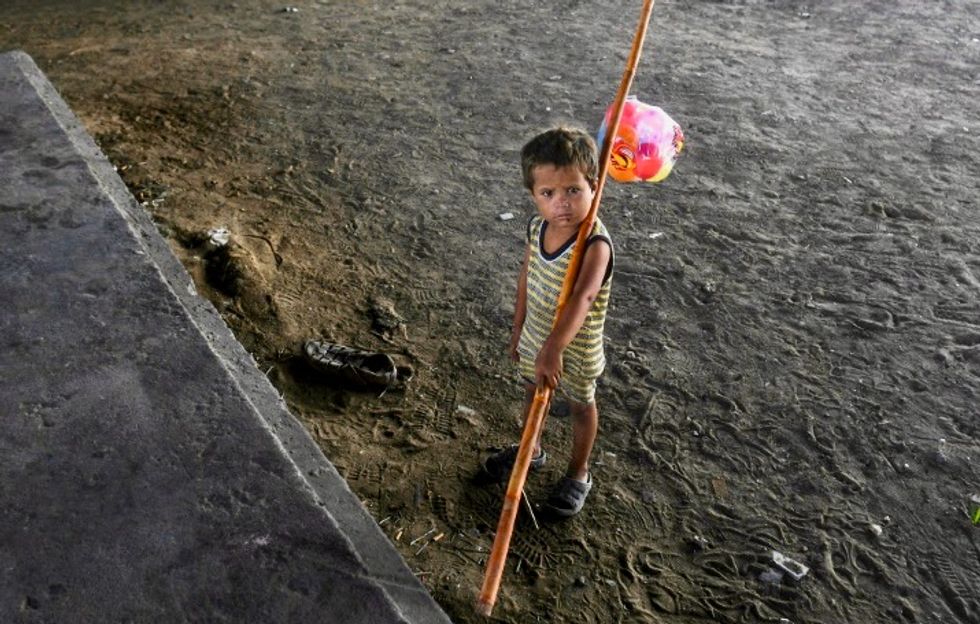 Poverty A child is seen in Karachi, Pakistan (Asif Hassan:AFP)

The economic consequences of the COVID-19 pandemic could push as many as 86 million more children into poverty by the end of 2020, a joint study by Save the Children and UNICEF showed Wednesday.

That would bring the total number of children affected by poverty worldwide to 672 million, an increase of 15 percent over last year, the two aid agencies said in a statement.

Nearly two-thirds of those children overall live in sub-Saharan Africa and South Asia.

But the pandemic-driven increase is expected to occur mainly in Europe and Central Asia, according to the study, which is based on World Bank and International Monetary Fund projections and population data from some 100 countries.

"The scale and depth of financial hardship among families threatens to roll back years of progress in reducing child poverty and to leave children deprived of essential services," UNICEF executive director Henrietta Fore is quoted as saying in the statement.

With immediate and decisive action, "we can prevent and contain the pandemic threat facing the poorest countries and some of the most vulnerable children," added Save the Children head Inger Ashing.

They are "highly vulnerable to even short periods of hunger and malnutrition -- potentially affecting them for their whole life," she warns in the statement.

The two organizations call on governments to rapidly expand their social security systems and school feeding to limit the effects of the pandemic.