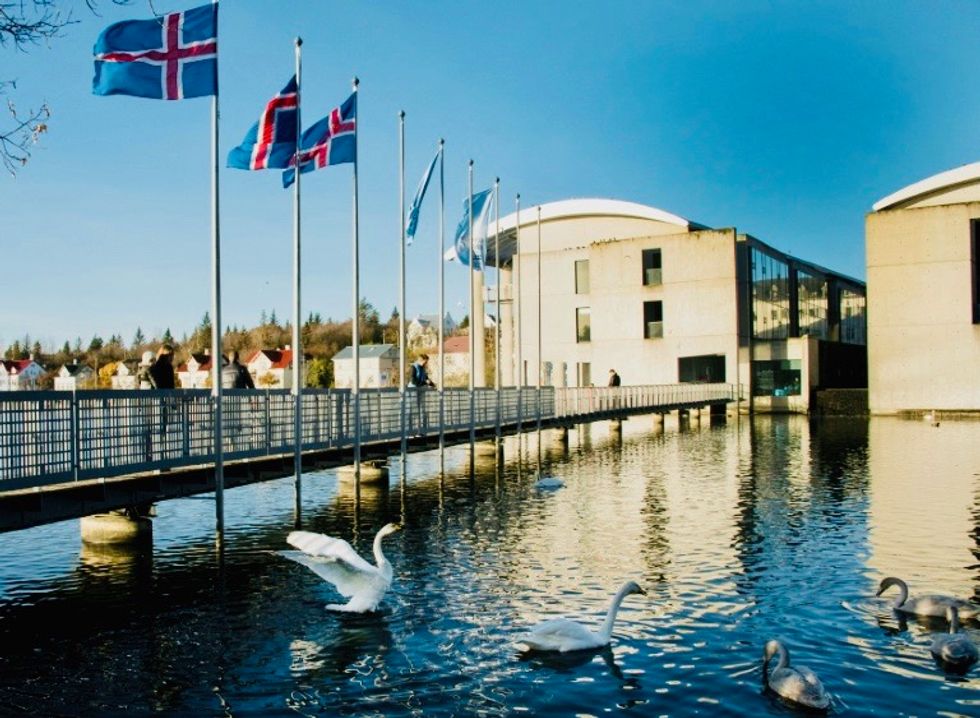 Iceland's dancefloors once again pulsed to the beat as the country's nightclubs reopened on Monday after a nine-week closure due to the coronavirus pandemic.

At B5, a trendy high-end club in central Reykjavik, groups of friends huddled together on sofas, laughing and chatting above the din of the music though the dancefloor remained empty for much of the evening.

One of the bartenders, a French-Icelandic 22-year-old student named Nicolas, served up drinks to clubbers with a smile, telling AFP he was "not particularly worried" about COVID-19, noting his life had "returned to normal" since Iceland began easing restrictions earlier this month.

Partygoers were meanwhile delighted to be out clubbing again.

"We partied at home but that's different, it's more of a closed group and we talk more," said Kristjan, 20, out for the evening with his friend Einar.

The pair celebrated the occasion by buying a bottle of champagne, served with festive sparklers.

Regulars mixed with newcomers when the club opened its doors at 5:00 pm, first welcoming just a handful of guests before filling up as the evening wore on.

Only 160 people were allowed inside B5, under new nightclub regulations which allow up to 200 people, but no social distancing rules were enforced.

Disappointment awaited those looking to party until the wee hours, however: clubs are required to close by 11:00 pm, the same as for bars and gaming arcades which were also authorised to reopen on Monday.

Normally, revellers in Iceland can party in clubs until 3:00 am during the week and 4:30 am on weekends.

Iceland was the first country in Europe after Latvia to reopen its nightclubs.

In South Korea, Seoul reopened its clubs in early May but shuttered them again soon afterwards, after a flare-up of infections was traced back to the city's nightclubs.

Iceland, a subarctic island, has said it has the epidemic under control, with 1,804 confirmed cases, 10 deaths, and no current hospitalisations.

To date the country has tested 58,856 people out of 364,000 inhabitants, or more than 16 percent, making it a world leader in testing per capita.

It began easing its restrictions on May 4 when it reopened high schools and universities, museums and hairdressers.

Meanwhile the government announced in mid-May that it intended to reopen its borders by June 15, and plans to offer travellers arriving at its only international airport the possibility of being tested to avoid a 14-day quarantine.

While Iceland is slowly returning to normal, doubts still remain about whether summer festivals and concerts will be able to go ahead as planned, including the popular Thjodhatid festival, one of the country's most popular cultural events, which draws around 16,000 people at the end of July for concerts, bonfires, fireworks displays and crowd singing.