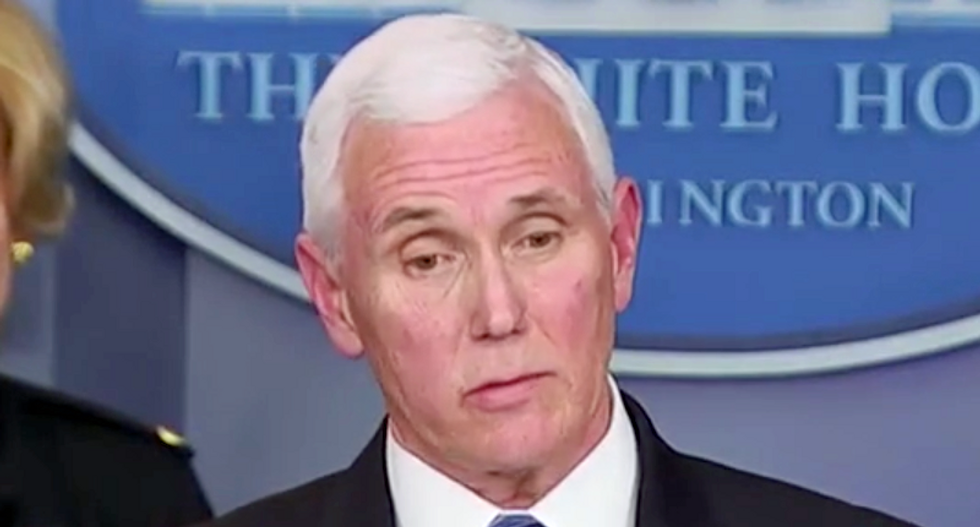 Just before Air Force Two was to be wheels up to Iowa one of Vice President Mike Pence's aides tested positive for coronavirus. Several staffers were forced to exit the plane, which was taking Pence, a Trump Cabinet member, and two GOP Senators to the Hawkeye State.

Also on board are Iowa Republican Senators Chuck Grassley and Joni Ernst, and Secretary of Agriculture Sonny Perdue. It is not known is everyone aboard the flight was tested.

President Trump is now being tested daily for coronavirus after becoming "lava level mad" that his valet was COVID-19+, accusing his staff of not doing all they can to protect him from the virus.