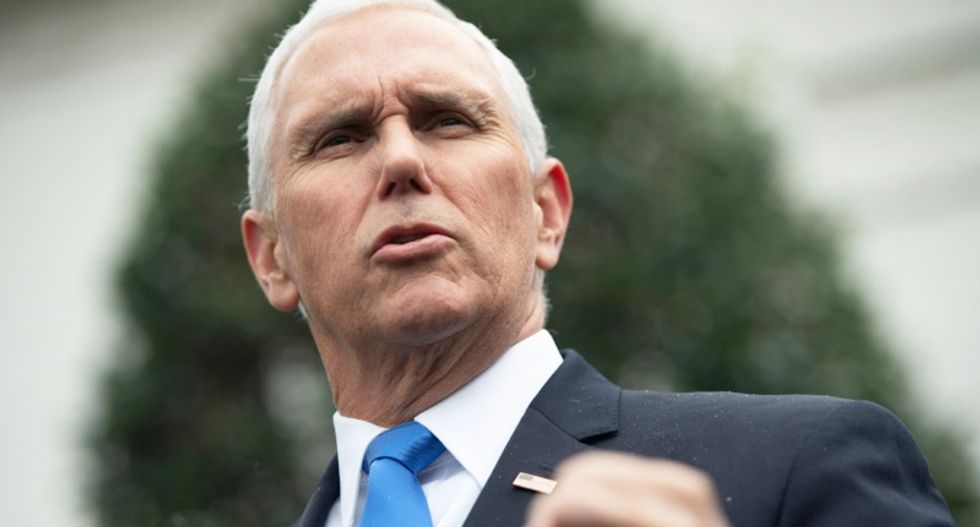 Vice President Mike Pence reportedly walked away from a question about whether or not he's taking hydroxychloroquine.

Pence on Tuesday was asked the question as he appeared at the U.S. Capitol for a coronavirus meeting.

According to Politico reporter Burgess Everett, Pence ignored the question and kept walking.

The White House has also refused to confirm or deny that Pence was taking the drug.

The question about Pence came after President Donald Trump claimed that he is taking the controversial drug as a preventative measure against contracting COVID-19.

White House officials will not tell me whether or not Pence is also taking hydroxy.
— Annie Karni (@Annie Karni) 1589894934.0

My guess is that the reason the White House is not answering questions about Pence “also” taking hydroxychloroquine… https://t.co/E6ynvqEt9p
— Allen McDuffee (@Allen McDuffee) 1589895858.0

Someone really needs to teach ⁦@SecretService⁩ about social distancing. At least most have masks on. ⁦@VP⁩ & ⁦… https://t.co/pnML9Au0SF
— Trish Turner (@Trish Turner) 1589894899.0