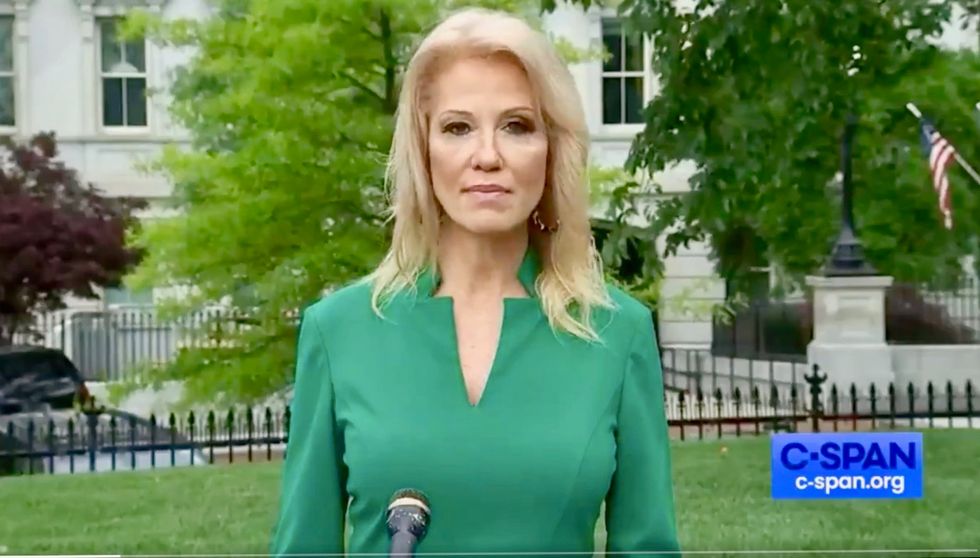 White House Counselor to the President Kellyanne Conway for the second time on Wednesday is drawing outrage for her offensive remarks. After painting a target on the back of the Twitter executive responsible for preventing disinformation and hoaxes, she's now under fire for comparing standing in line to vote to standing in line to buy cupcakes.

On Wednesday, Conways remarks drove her to the number two slot on Twitter's top trending items, just below the SpaceX launch.

“People are very proud to show up and go to the polls,” Conway told reporters. “They really are. I mean they wait in line at Georgetown Cupcake for an hour to get a cupcake," she said, somewhat condescendingly.

"So I think they can probably wait in line to do something as consequential and critical and constitutionally significant as cast their ballot.”

Not all of America waits in line to buy cupcakes in Washington, D.C. And those who wait in line the most to vote generally live in poor and minority neighborhoods.

Americans can and do wait in line, often for hours, to vote. They shouldn't have to. In the middle of a pandemic Americans want the opportunity to not contract – or spread – the deadly virus the President she works for has made even worse.

One American, U.S. Congressman Mark Pocan, Democrat of Wisconsin, had the perfect response to Conway's condescension.

His remarks were echoed by others:

And still others had a few words to share about Conway's comments:

It is so glaringly obvious they want to create two voting systems, one for them and their voters and one for the re… https://t.co/NQFRze5NHO
— Jennifer Hayden (@Jennifer Hayden) 1590606709.0

.@KellyannePolls is a paid political hack propagating debunked BS, with the gall of comparing vote by mail to cupca… https://t.co/PMAhIqmjaD
— Trinity (@Trinity) 1590610036.0