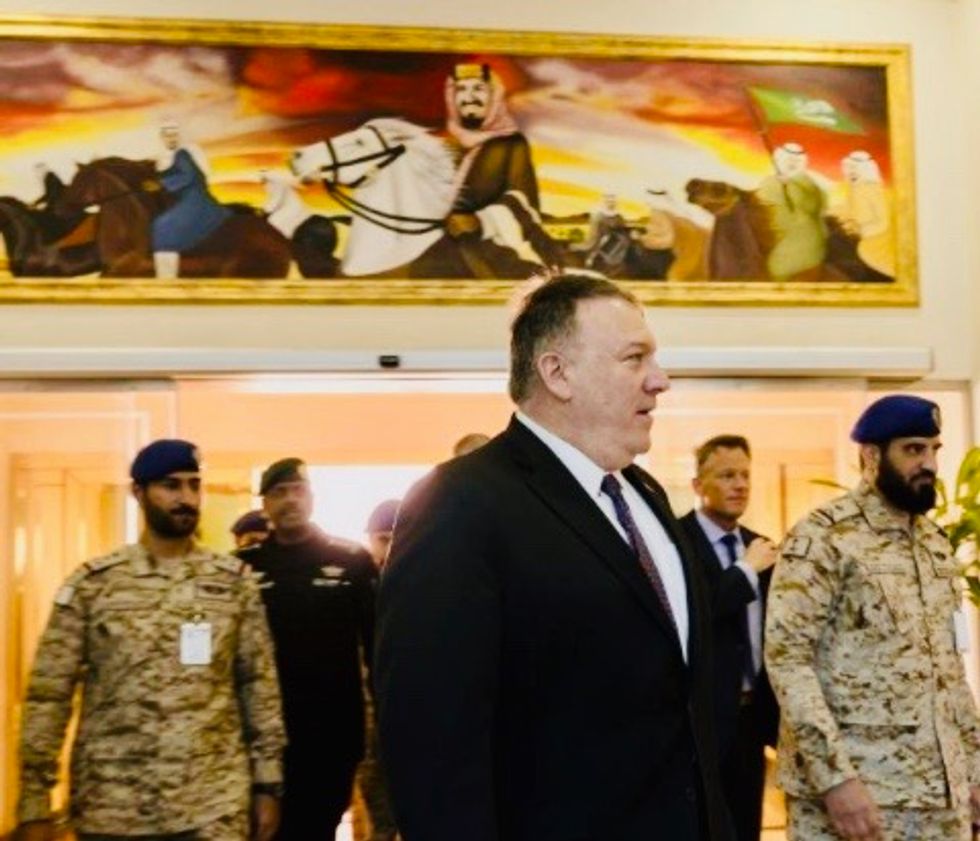 Secretary of State Mike Pompeo on Monday denied committing an act of retaliation by firing an internal watchdog, who lawmakers said was probing both arms sales to Saudi Arabia and the top US diplomat's use of a staffer.

Breaking a weekend of silence on President Donald Trump's dismissal late Friday of Inspector General Steve Linick, Pompeo said the former prosecutor was "undermining" the State Department's mission. He did not give details.

The loyal ally of Trump confirmed to The Washington Post that he recommended the firing to the president and said he did not have to justify the move.

"It's simply not possible for this to be an act of retaliation. End of story," Pompeo told the newspaper, saying he was unaware of any investigation of his conduct.

"Just like every presidentially confirmed position, I can terminate them. They serve at his pleasure for any reason or no reason," he said.

Brian Bulatao, the State Department's undersecretary for management who is a longtime associate of Pompeo, told the newspaper there were concerns about leaks coming out of the inspector general's office.

Democrats in Congress opened an investigation after Trump's firing of Linick, saying that it may be an illegal act of retaliation for his probe of Pompeo.

"I've learned there may be another reason for IG Linick's firing," Eliot Engel, who heads the House Foreign Affairs Committee, said Monday.

"His office was investigating -- at my request -- Trump's phony emergency declaration so he could send Saudi Arabia weapons."

"We don't have the full picture yet, but it's troubling that Sec Pompeo wanted Linick pushed out," the congressman wrote on Twitter.

Pompeo said in May 2019 there was a state of emergency with Iran, allowing the Trump administration to bypass Congress and sell $8.1 billion in arms to Saudi Arabia and other Arab allies.

The move infuriated lawmakers, who had tried to block the sale on the grounds that the weapons were killing civilians in Yemen, which Saudi Arabia has intensely bombed as it fights Huthi rebels linked to Iran.

A Democratic congressional aide, speaking on condition of anonymity, said the inspector general was also reviewing how Pompeo and his wife, Susan Pompeo, used a State Department employee.

Linick had heard a complaint that the Pompeos made the staffer walk the family dog, pick up their dry cleaning and arrange dinner reservations for them, the congressional aide said.

Several Republican senators have also voiced unease about the firing, the fourth time since the beginning of April that Trump has moved to sack an official tasked with monitoring governmental misconduct.

In what may have been an initial, defiant reaction to the complaints, Pompeo on Sunday posted a picture of himself, sitting on a porch stoop in a blue polo shirt, cuddling a puppy.

"Introducing... Mercer!" Pompeo wrote on Twitter and Instagram, explaining that his new pet was named after General Hugh Mercer from the US Revolutionary War.

In many countries, few would be surprised that staff is assisting senior government officials in personal tasks but the US system prides itself on transparency.

Pompeo has also raised eyebrows by frequently bringing along his wife on the government plane that takes him around the world even though she has no official role.

In a cabinet of millionaires and billionaires, led by tycoon Trump, Pompeo comes from a comparatively modest background and has cast himself as a middle-class voice from the American Heartland.

One of Trump's few aides never to cross him, Pompeo has moved US foreign policy sharply to the right in recent months.

He was a leading proponent of a drone strike that killed a top Iranian general and has promoted a theory, discounted by mainstream scientists, that the COVID-19 pandemic originated in a Chinese laboratory.

Linick, a veteran prosecutor, was appointed in 2013 by then president Barack Obama but the role is meant to be non-partisan.

In 2016, he criticized former secretary of state Hillary Clinton for using a personal email account to handle State Department business -- an issue seized on by Trump as he defeated Clinton in the presidential race.

Pompeo himself is familiar with congressional probes of the secretary of state. He made his name as a congressman with his strident attacks on Clinton over the deaths of four Americans in an Islamist extremist attack in Benghazi, Libya.