Pompeo once again refuses to run for Senate as Trump privately begs him: report 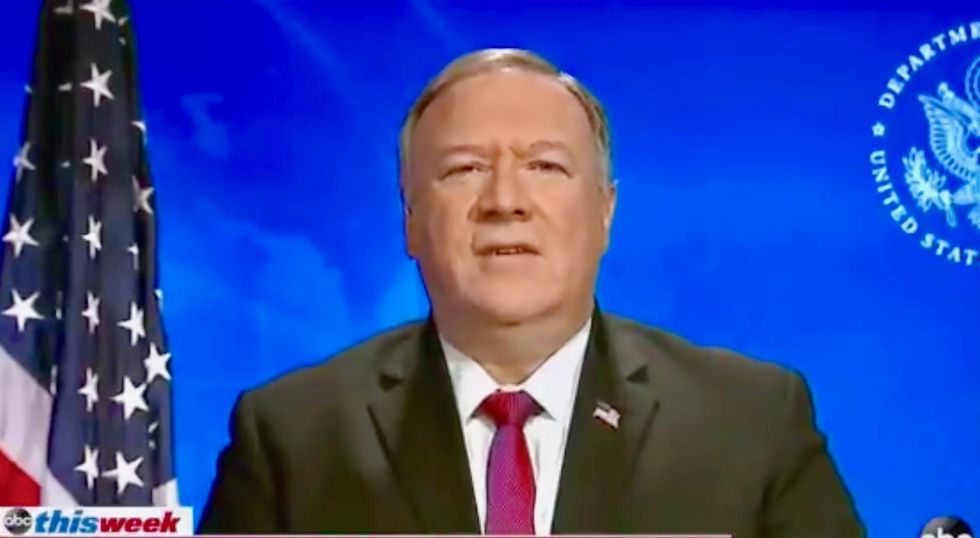 On Thursday, The Washington Post reported that President Donald Trump privately implored Secretary of State Mike Pompeo to change his mind about not running for Senate in Kansas — and Pompeo once again told him he wasn't interested.

"Trump spoke to Pompeo about making a bid for the seat during a one-on-one meeting at the White House about two weeks ago, both people said, suggesting that Pompeo could definitely keep the seat for Republicans if he ran," wrote Josh Dawsey and John Hudson. "The president has received regular updates from Senate Majority Leader Mitch McConnell (R-Ky.) and other political advisers about the worsening political landscape in the Senate, according to Trump advisers, who, like others, spoke on the condition of anonymity to describe private discussions. The president is regularly presented polling data about competitive Senate races."

Republicans are worried about the current state of the Kansas Senate race, where controversial former Secretary of State Kris Kobach has a decent chance of winning the primary. Polls have shown he would struggle to win against Democratic candidate Barbara Bollier, a moderate state senator who recently left the Republican Party.