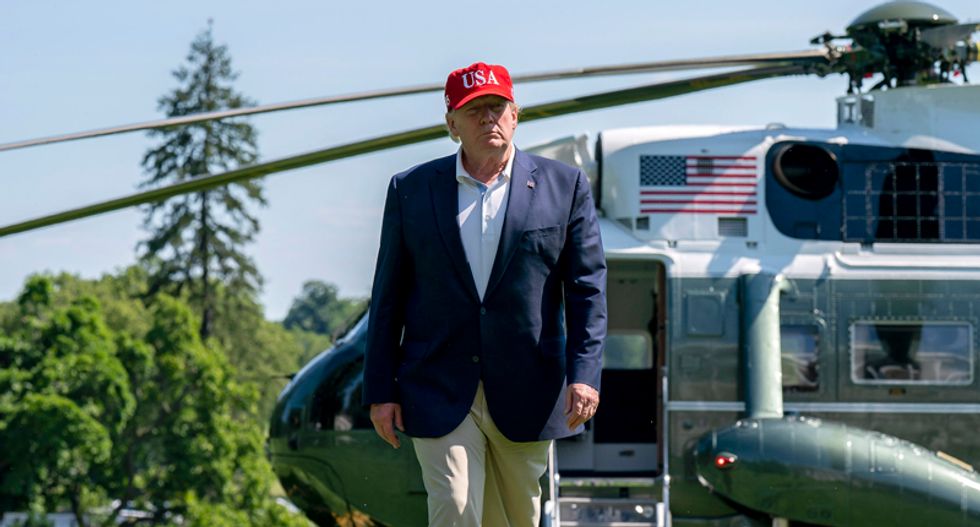 Trump had flown to Florida to see the launch of the SpaceX Starship and returned as the sun was going down.

BuzzFeed News reporter Ellie Hall captured a picture of Marine One approaching the White House -- and being welcomed back to town with raised middle fingers.

Trump, in Marine One, just did a flyover of the protest area outside the White House. Protesters flipped off the… https://t.co/dwtDkgVBB8
— Ellie Hall (@Ellie Hall)1590884927.0

Large crowd now at Lafayette Park across from the White House and Trump is expected to return soon. (video via… https://t.co/UU7UDgG4M4
— Amee Vanderpool (@Amee Vanderpool)1590881486.0