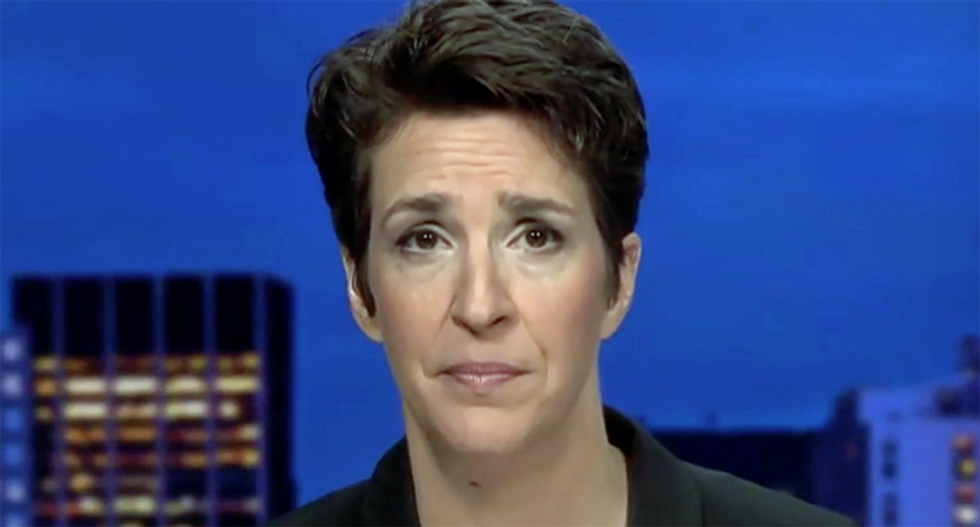 On MSNBC Friday, Rachel Maddow identified a two-day period during which the Centers for Disease Control guidelines were changed subtly — in a way that eroded their health recommendations to make the guidelines easier on businesses.

"Here's the Colorado guidance from April 20," she continued. "'Provide all entrants to the plant with a face covering and show them how it needs to be worn.' Two days later, from the South Dakota report, quote, 'If feasible, all employees should wear the face covering.' If feasible. But if not, you're fine."

"The CDC in the April 20 Colorado report says 'Teach workers to ask for new face coverings when theirs becomes dirty, wet or difficult to breathe through,'" said Maddow. "Two days later, in the South Dakota report, it's not nearly so stern, quote, 'The facial covering should be discarded and replaced when dirty or wet, if possible.' Added possible."

"I'm telling you, something happened and the CDC is not behaving the way it always has been, and the way we really need them to be behaving right now," concluded Maddow. "We have narrowed it down now to a two-day window where something broke, and I'm telling you, we are going to figure this out."