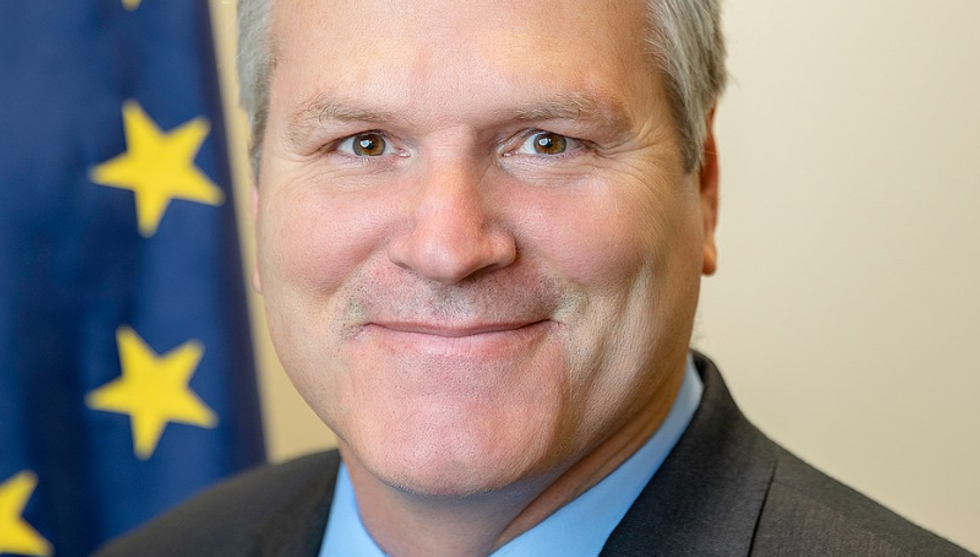 On Friday, the Supreme Court of Alaska ruled that the campaign to recall Republican Gov. Mike Dunleavy can appear on the ballot, according to KTOO.

"The state Division of Elections, based on advice from Dunleavy’s attorney general Kevin Clarkson, had initially rejected the campaign’s grounds for recall, saying they were legally insufficient," said the report. "That ruling was reversed in January by Anchorage Superior Court Judge Eric Aarseth, and the state appealed Aarseth’s decision to the supreme court. The supreme court’s two-page order Friday did not lay out the legal basis for the justices’ decision beyond simply affirming Aarseth’s ruling, saying that a full opinion would follow."

The Recall Dunleavy campaign makes four charges against Dunleavy: That he missed the legal deadline to appoint a Palmer Superior Court judge; improperly spent state money on partisan advertisements; tried to undermine separation of powers by vetoing funding for courts that upheld Medicaid funding for abortions; and accidentally vetoed Medicaid funding he had told the legislature he intended to approve.

The decision does not automatically mean the recall vote will be held. Recall Dunleavy will first need to gather enough signatures to qualify. The group already has 30,000 signatures and needs another 41,000, which they intend to gather by mailing recall petition books.

According to Claire Pywell, the campaign manager of Recall Dunleavy, the group will organize signature-gathering events that limit crowd size and enforce social distancing, as a safety precaution.