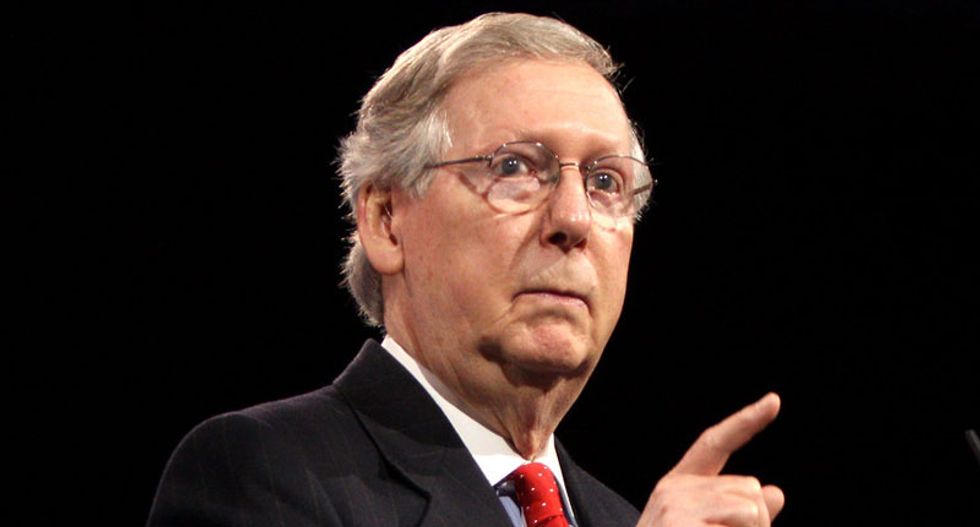 However, Axios reports that it's not just states like New York and California that are seeing their budgets clobbered by the COVID-19 pandemic.

The publication has published a chart based on data from Urban Institute researcher Lucy Dadayan showing that tax revenues in Missouri, Kansas, and Montana have all collapsed by more than 50 percent, while other deep-red states including Louisiana, Alabama and West Virginia have seen their tax revenues fall by more than 30 percent.

To be sure, blue states such as Massachusetts and Illinois have also seen their revenues collapse by over 40 percent, but there's no discernable pattern over whether red states or blue states are getting hurt worse by the recession.

"Democratic-leaning cities have seen the highest case and death rates," Axios writes. "But red and blue states alike are facing serious budget shortfalls. That's why some Republican senators are getting behind efforts to provide federal dollars to help states balance budgets."