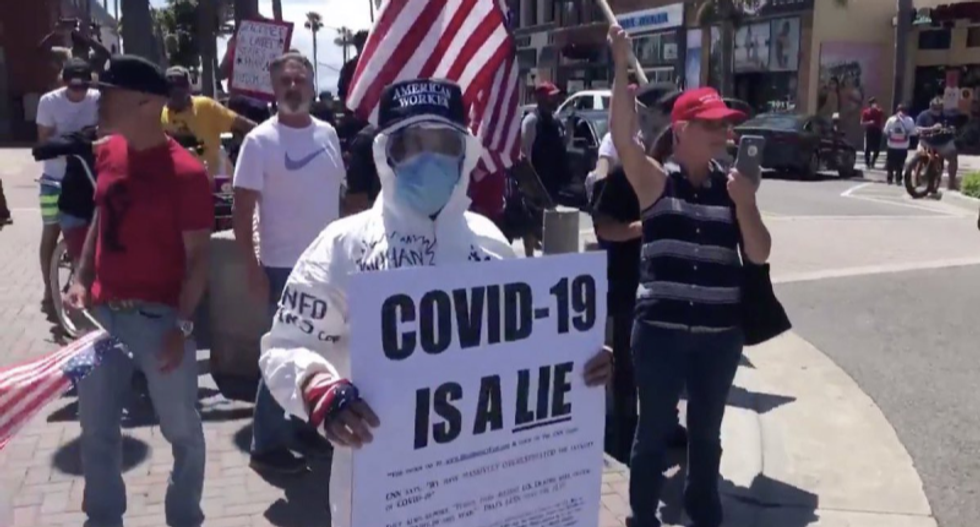 On Friday, the Santa Fe New Mexican reported that the GOP is uniting in defense of Diane Rowe, a gun and pawn shop owner in Grants, New Mexico who was fined $60,000 for defying a lockdown order.

The New Mexico GOP decried the fine as "a violation of Rowe's civil rights and constitutional rights and another unjust action against businesses trying to survive."

"The New Mexico Department of Health has the authority to enforce emergency public health orders by issuing a civil penalty of $5,000 per day on the third or subsequent warning, according to an April news release from state police," reported Michael Gerstein. "State police spokesman Dusty Francisco said the pawn shop was issued a cease and desist order April 14 and a citation to appear in court April 27 after the store remained open during that time."

"Rowe argues the fine should have been issued only after the third warning, and she claims she was issued only two before receiving a hefty penalty charging her for days the store remained open before the citation," continued the report. "Rowe said she believes she should have been fined from the point following her second citation, which was Monday. She added that she believes the $60,000 penalty is 'clearly just retaliation' for 'standing up for my rights.'"