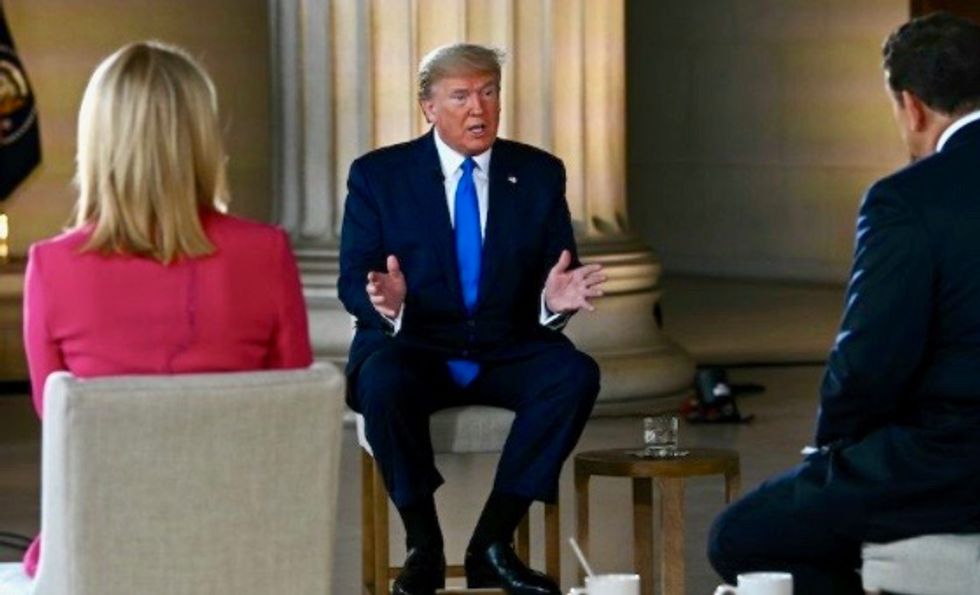 "Trump's refusal to participate in a coordinated global effort to respond to COVID19 is the 21st century equivalent of the U.S. not joining the League of Nations."

Critics warn that President Donald Trump's spurning of international cooperation on Covid-19 could result in disaster and set back efforts to cure the disease even as the president promised in a town hall with Fox News Sunday that the U.S. would have a vaccine for the coronavirus by the end of the year.

As Politico reported, Trump's approach to vaccine development is raising alarm among international diplomats and advocates who fear the White House's rejection of cooperative efforts hints at a future stance that will emphasize competing with other countries for a vaccine rather than ensuring one is available for everyone in the world.

"You would think that, based on the past, that the U.S. would be a galvanizing, lead element in pushing for transparency and early planning," Stephen Morrison, senior vice president at the Center for Strategic and International Studies told Politico. "I don't think that's true in this administration."

The Trump administration's apparent lack of interest in cooperation has alarmed global health officials and diplomats as they seek to end a pandemic that has disabled economies and killed more than 240,000 people worldwide. The concerns are only deepening as President Donald Trump and his aides squabble with China and the WHO over the origins of the virus.

The fear is that Trump will be content with allowing the race to develop and distribute the vaccine to devolve into a global contest—and that poorer countries will be left behind in the rush to procure doses. In essence: that the president's "America First" view of world affairs as an atavistic scramble for power will lead to unnecessary suffering and death.

Vaccinating the world's population againt the disease is expected to cost upwards of $20 billion for what European leaders described as a "unique global public good of the 21st century."

On Sunday, Trump told Fox News that the U.S. would have a vaccine available for the country's population by the end of the year, a timeline that is not shared by the nation's top health officials.

"The Trump admin already botched the development and use of viral testing, gave blanket authorization for the use of poorly-performing antibody tests, and recently removed Dr. Bright as head of BARDA at HHS," tweeted Kennerly. "There's no limit to how badly they can screw up a vaccine."

The president's rejection of international cooperation, said the Center for a New American Security's Ilan Goldberg, could be a move with ramifications on a world-historic scale.

"Trump's refusal to participate in a coordinated global effort to respond to COVID19 is the 21st century equivalent of the U.S. not joining the League of Nations," said Goldberg. "The results may be catastrophic."