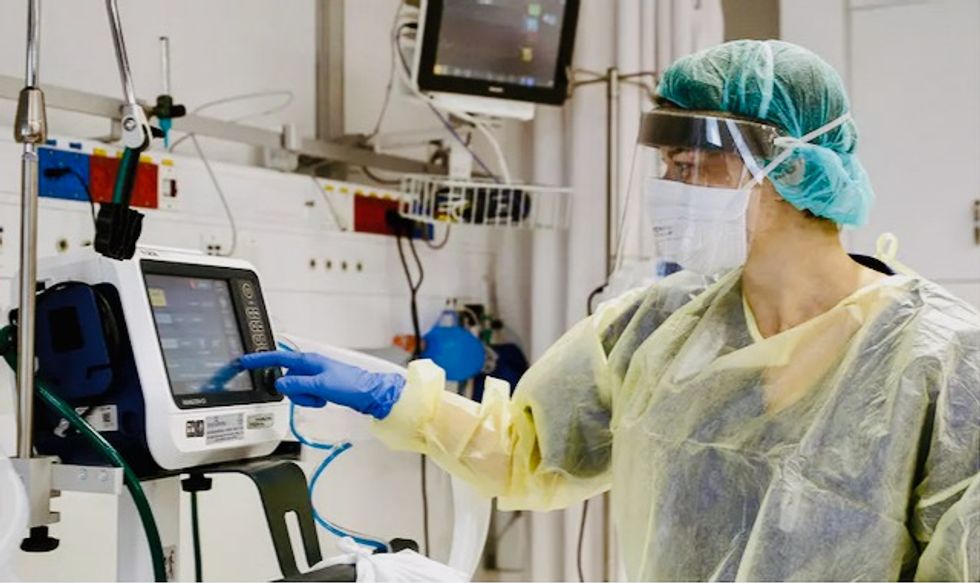 The United States said Wednesday it was donating 200 ventilators to help Russia in the coronavirus pandemic, turning the tables a week after a high-profile shipment by Moscow.

Secretary of State Mike Pompeo announced the shipment by posting on Twitter a picture of a military cargo airplane with a US flag and boxes bearing the USAID logo.

"We've committed over 15,000 ventilators to more than 60 countries and continue to be a global leader in contributions to fight this pandemic."

The State Department did not immediately respond to questions on whether and when the shipment was delivered to Russia, which has seen a sharp spike in virus infections.

The image had striking similarities to pictures released by Russia of a shipment of goods on April 1 to New York, which was then a major epicenter of the global illness.

Hailing Russia's "high-quality stuff," Trump said at the time he was "not concerned about Russia and propaganda, not even a little bit."

But the State Department contradicted Russia by saying the shipment was a purchase rather than a donation -- and the equipment itself later came into question.

Russia recently halted use of the domestically manufactured Aventa-A ventilators after they were blamed in two fires.

US authorities said the Russian ventilators were given to the states of New York and New Jersey but were returned to the Federal Emergency Management Agency as a precaution as Russia conducts a safety probe.

An agency spokesman said they were never used as the United States did not have the need.

US authorities feared major shortages of ventilators at the start of the crisis but, after ramped-up production, Trump has been speaking to a number of countries about buying them.