REVEALED: An Obama-era plan to protect medical workers in a pandemic was thwarted under Trump 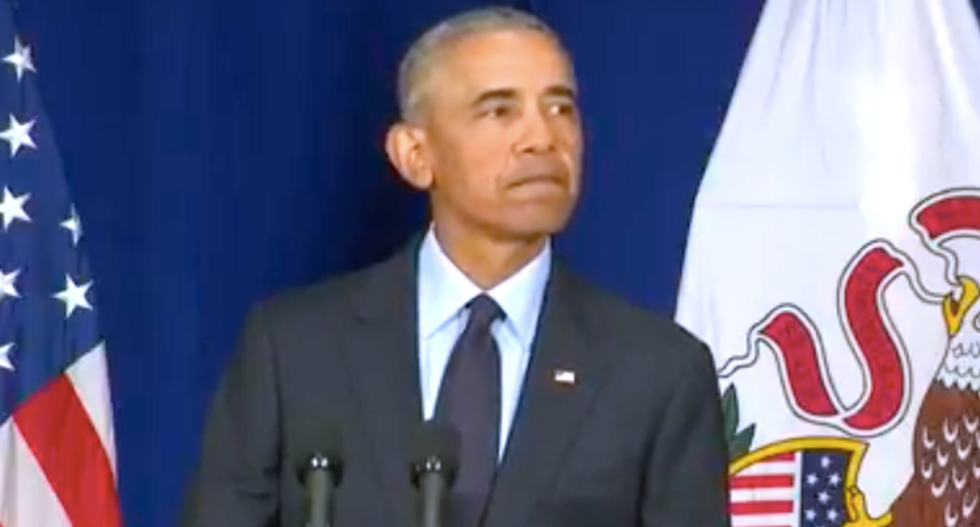 President Donald Trump has repeatedly claimed that his Democratic predecessor in the White House, Barack Obama, left him ill-prepared to handle a major health crisis when, in fact, Obama’s administration left behind a comprehensive pandemic game plan that included a 69-page playbook. But Trump’s administration abandoned those Obama-era recommendations. On top of that, National Public Radio’s Brian Mann is reporting that Trump’s administration, in 2017, “stopped work on new federal regulations that would have forced the health care industry to prepare for an airborne infectious disease pandemic such as COVID-19.”

David Michaels, who headed the Occupational Safety and Health Administration under Obama, told NPR, “If that rule had gone into effect, then every hospital, every nursing home would essentially have to have a plan where they made sure they had enough respirators and they were prepared for this sort of pandemic.”

Trump has often touted his deregulatory efforts as a major success of his administration. But this example shows just one way of many in which these policies can go wrong with disastrous consequences. Many of these negative consequences may not emerge until years later.

According to Mann, NPR reviewed the records confirming that Trump’s team abandoned the regulatory proposal made by under Obama.

Mann also notes that the U.S. still has “no specific federal regulations protecting health care workers from deadly airborne pathogens such as influenza, tuberculosis or the coronavirus.” And the need for such regulations, according to Michaels, was underscored by the H1N1 outbreak in 2009.

Michaels told NPR, “H1N1 made it very clear OSHA did not have adequate standards for airborne transmission and contact transmission, and so, we began writing a standard to do that.”

Well before H1N1, Mann explains, the HIV/AIDS outbreak of the 1980s, “forced the health care industry to adopt safety plans and buy more equipment designed to protect staff and patients. But making a new infectious disease regulation affecting much of the American health care system is time-consuming and contentious.”

Because of H1N1, Mann reports, Obama’s administration got to work on a “new infectious disease rule”; by 2016, that rule was “ready” — and the Obama White House “formally added it to a list of regulations scheduled to be implemented in 2017.” But in the spring of 2017, Trump’s team “formally stripped OSHA’s airborne infectious disease rule from the regulatory agenda,” according to Mann.

“The infectious disease standard was put on the back burner,” Michaels told NPR. “Work stopped.”

The COVID-19 pandemic has turned out to be the major health crisis that Obama’s administration feared. As of Wednesday afternoon, the death count from the pandemic was approaching 100,000 in the U.S. and had passed 352,000 worldwide, according to Johns Hopkins University.

NPR found that “the lack of fixed regulations allowed” Trump’s administration to “relax worker safety guidelines. Federal agencies did so repeatedly this spring as COVID-19 spread and shortages of personal protective equipment worsened.”