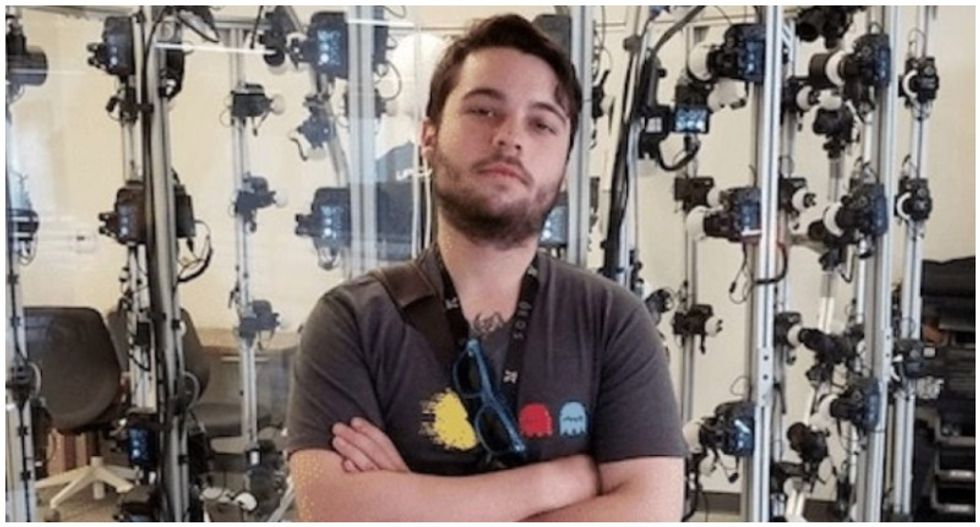 Right-wing activist Duncan Lemp, 21, was shot and killed in a pre-dawn police raid on March 12 in Potomac, Maryland. The shooting itself is under dispute -- it isn't known if Lemp was asleep in his bed or if he was carrying a rifle; no one's sure why the raid happened -- but what is known is that Lemp is now embraced as a martyr by some of the most extreme elements of the anti-lockdown movement.

"Across the country, these armed anti-lockdown protesters have adopted Lemp as their mascot—giving their names to reporters as 'Duncan Lemp,' and putting his name on their body-armor vests," the Daily Beast's Will Sommer reports. "Lemp’s name has been used as an alias by anti-lockdown activists in Wisconsin, Nebraska, Tennessee, Michigan, North Carolina, Indiana, and Nevada. He’s been cited by those protesting business closures, and even one man said he was inspired by Lemp to allegedly go out hunting for police officers in a foiled attempt at a revenge killing."

Lemp's death has bolstered the anti-government narrative of the anti-lockdown protests. According to the Anti-Defamation League's Alex Friedfeld, Lemp's death plays into a "fantasy" some of the protesters have.

"...this is how they’re going to go out,” Friedfeld said.

According to Lemp's family, he was asleep next to his girlfriend when he was shot. But police dispute that claim in what Sommer calls a "vague" press release that says Lemp was awake and refusing police orders and was in possession of a rifle.

"But the press release doesn’t describe how Lemp was shot—or how many times—and the officer who shot him has not been named," Sommer writes. "The Montgomery County Police Department also hasn’t explained why Lemp was considered such a threat that he could only be apprehended with a pre-dawn, no-knock raid."

Read more over at The Daily Beast.