Rocketman (and woman): Elon and Gwynne, the pair who made SpaceX 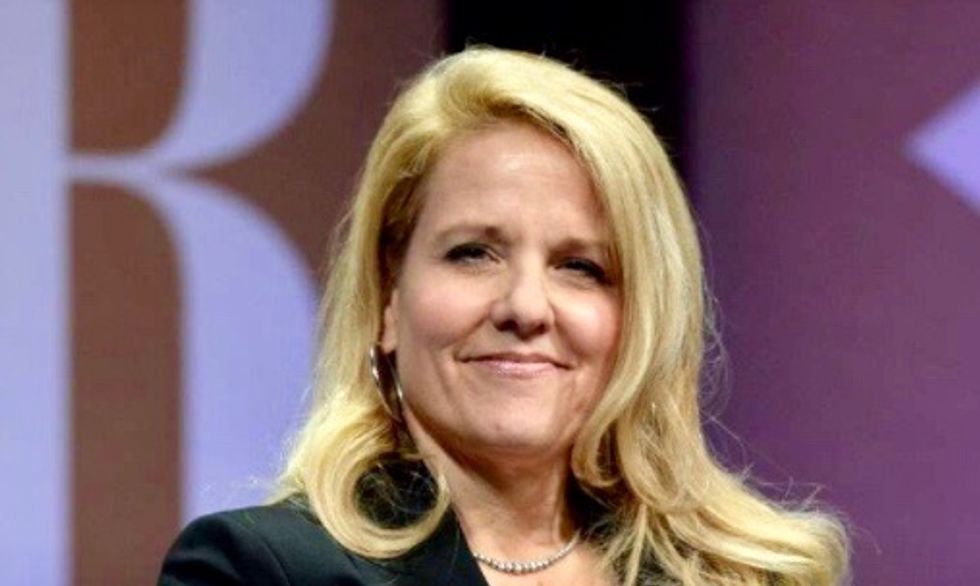 Space Exploration Technologies Corp. -- commonly known as SpaceX -- is slated to send two astronauts into space on Wednesday. Despite not yet being 20 years old, the company has already developed a creation myth: on September 28, 2008, its first rocket Falcon 1 launched for the fourth time.

"We started with just a few people, who didn't really know how to make rockets. The reason I ended up being the chief engineer... was not because I wanted to, it's because I couldn't hire anyone. Nobody good would join," he added.

Born in South Africa, Musk immigrated to Canada at age 17, then to the US, where he amassed his fortune in Silicon Valley with the startup PayPal.

SpaceX's aim, when it was incorporated on March 14, 2002, was to make low-cost rockets to travel one day to Mars -- and beyond.

The 11th employee hired that year turned out to be someone good: Gwynne Shotwell, who was in charge of business development, soon established herself as Musk's right-hand woman.

AFP/File / Robyn BECK SpaceX founder Elon Musk (pictured with the Dragon capsule in May 2014) said the company started with "just a few people, who didn't really know how to make rockets"

In the space industry, the two are given the rock star privilege of only being referred to by their first names.

"Elon has the vision, but you need someone who can execute on the plan, and that's Gwynne," said Scott Hubbard, a professor at Stanford University and former director of NASA's Ames Research Center.

Hubbard met Musk in 2001, when the thirty-year-old entrepreneur was making his first forays into the space industry.

The 56-year-old Shotwell, who became SpaceX president and chief operating officer in 2008, is a self-described nerd. She graduated from Northwestern University with a degree in mechanical engineering and was elected in February to the National Academy of Engineering.

When Elon talks about colonizing Mars, it's Gwynne who makes commercial presentations and secures contracts.

"I have no creative bones in my body at all," Shotwell told a NASA historian in 2013. "I'm an analyst, but I love that."

The team started to gain credibility in 2006. SpaceX had only 80 employees (compared to 8,000 now) and had yet to achieve orbit. But NASA awarded them a contract to develop a vehicle to refuel the International Space Station (ISS). "The crowd went crazy," Shotwell recalled.

SpaceX succeeded in 2012: its Dragon capsule docked at the ISS, the first private company to do so. Then, in 2015, after multiple crashes and failures (spectacles often webcast live), SpaceX landed the first stage of its Falcon 9 rocket, the successor of Falcon 1, safely back on Earth.

The era of non-disposable rockets had begun.

The rockets were built completely under one roof, in Hawthorne in the Los Angeles area -- breaking with the long supply chain models of giants such as Boeing and Lockheed Martin.

Having conquered the private launch market, SpaceX has claimed a bigger piece of the pie for public and military launches. Still funded by NASA, SpaceX is set this week to become the first private company to launch astronauts into space.

Despite a few years' delay, its Crew Dragon is ready before Boeing's Starliner. Musk also wants to build NASA's next moon lander.

Industry giants have criticized the company for "arrogance," but "the real reason was that it threatened their way of doing business and their livelihoods," Lori Garver, NASA's former deputy administrator, told AFP.

It's now Shotwell who lectures her competitors: "You have to learn those hard lessons," she said in a NASA briefing at the start of the month, recalling the multitude of problems that plagued SpaceX's start.

"I think sometimes the aerospace industry shied away from failure in the development phase."