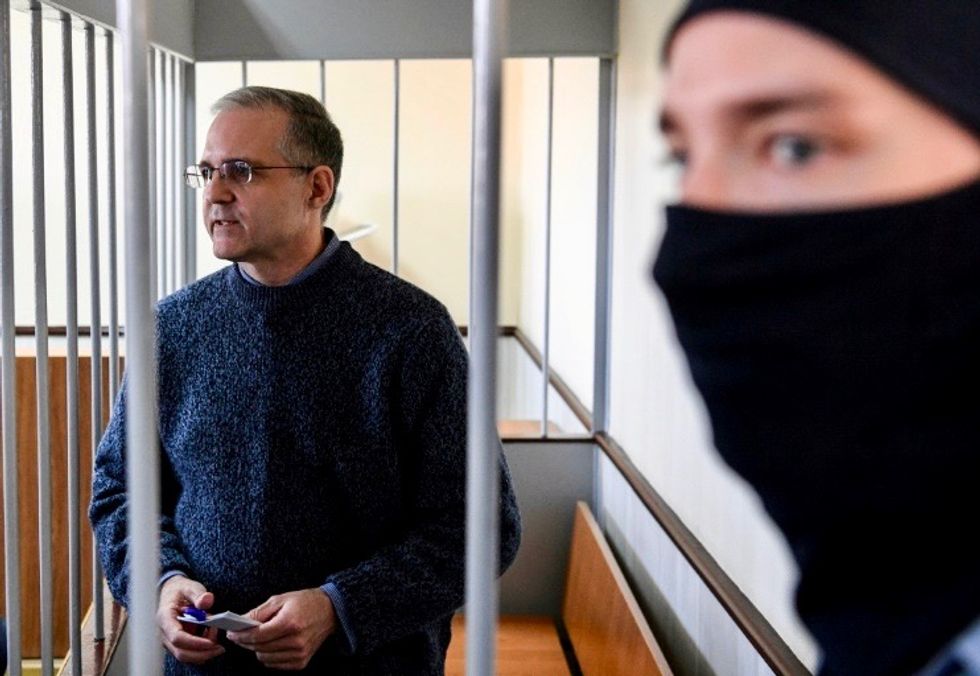 Russian prosecutors on Monday called for a former US marine charged with spying to be sentenced to 18 years in prison, after a closed-door trial denounced by Washington and his family.

Paul Whelan, 50, was detained in Moscow in December 2018 for allegedly receiving state secrets, but he insists he was framed when he took a USB drive from an acquaintance thinking it contained holiday photos.

His trial, which caused tensions between Moscow and Washington and sparked speculation of a prisoner swap, concluded with closing arguments on Monday.

Whelan's lawyer told reporters that prosecutors had requested 18 years for his client in a strict-regime penal colony, just short of the maximum 20-year sentence.

"To be honest, we are in shock," Vladimir Zherebenkov said outside the Moscow City Court, removing his mask to speak to journalists standing at a distance.

Whelan reacted calmly to the prosecutor's "very harsh" demand, the lawyer said. "He is behaving with dignity," he added.

Zherebenkov said the prosecutor believed Whelan was an officer -- "at least a colonel" -- at the US Defense Intelligence Agency (DIA).

Whelan told the court "he did not do any spying and was not collecting any secret information," his lawyer said.

He added that the verdict would be delivered and sentence announced on June 15.

"If the situation does not get politicized, if the sentence is determined in an objective, fair way, there should be an acquittal as the defense asked for," Zherebenkov said.

The trial, which began in March, was held behind closed doors despite the coronavirus pandemic and diplomatic protests.

Whelan, who was head of global security at a US auto-parts supplier, said he was visiting Russia to attend a wedding at the time of his arrest.

He claimed that evidence he provided was ignored and the court was biased in favor of the prosecution and security services.

Whelan used earlier hearings to appeal to journalists and US President Donald Trump, claiming he was being mistreated, not given full translations of documents and rarely granted access to his lawyer.

"The Russian legal system has clearly lost its way," brother David Whelan wrote on Twitter, saying the request for such a long sentence based on a "paucity of evidence" shows the case is "political".

"The prosecution wants #PaulWhelan to spend 18 years in a labor camp," he wrote. "Our family hopes the court does not agree... or Paul is unlikely to ever see his parents again."

The defendant's sister Elizabeth Whelan tweeted: "There was no crime. This is political hostage-taking."

The US has condemned Whelan's detention, saying there was insufficient evidence to hold him.

"This secret trial is a mockery of justice," the US ambassador to Russia, John Sullivan, said after the sentencing demand, in comments tweeted by embassy spokeswoman Rebecca Ross.

"There is no legitimacy to a procedure that is hidden behind closed doors. It is not transparent, it is not fair, and it is not impartial."

Russian authorities have blocked journalists and embassy employees from attending recent hearings because of the coronavirus epidemic.

No diplomats attended on Monday, which was the Memorial Day public holiday in the United States.

Zherebenkov said earlier that three defenae witnesses failed to show up to a hearing over coronavirus fears, adding they did not want to play "Russian roulette" and risk their lives by attending.

Whelan's case has raised speculation that the US and Russia could be positioning themselves for a prisoner swap, possibly involving Russian pilot Konstantin Yaroshenko, imprisoned in the US on drug smuggling charges.

Hopes for Whelan's release in exchange for Maria Butina -- a Russian woman arrested in the US in 2018 on espionage charges -- were quashed after Butina was flown to Moscow in October last year.

The case has exacerbated underlying tensions between Russia and the United States, which imposed sanctions on Moscow over its support for separatists in eastern Ukraine and the 2014 annexation of Crimea.