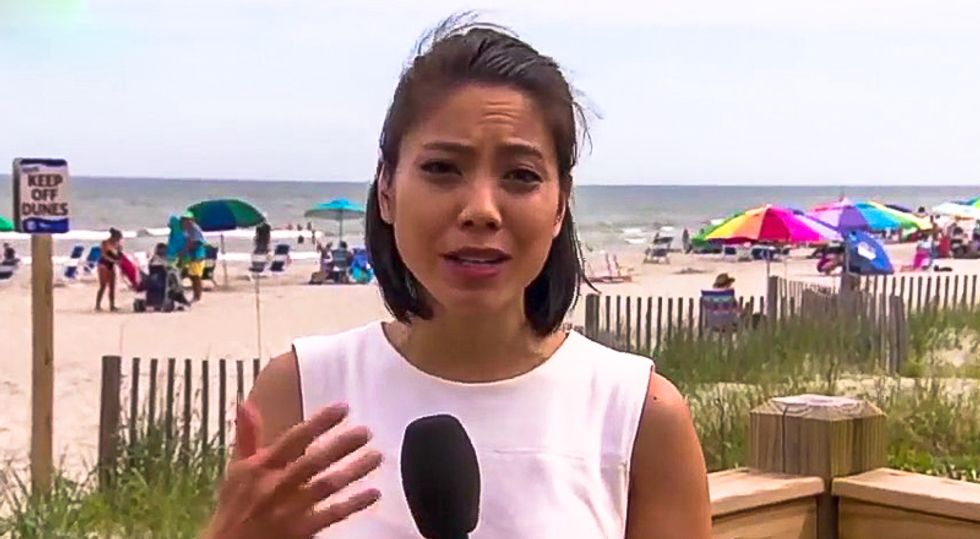 A CNN reporter faced intolerance over her face mask and ethnicity at beaches in the South over the weekend.

CNN's Natasha Chen said that she was interviewing the mayor of Tybee Island on Saturday when she was jeered for wearing a face covering.

"Somebody saw us and the mayor and I were both wearing masks and they yelled at us to take them off," Chen recalled on Sunday. "Somebody claimed that sunlight is the best disinfectant."

In a subsequent report, Chen revealed that she had also been harassed while working in Myrtle Beach, South Carolina.

"Within the past hour, there was a person who was not happy with what we were covering," Chen said. "We've been talking to people -- who have all been really nice, by the way -- talking to us about how they're social distancing, what they're seeing with the crowds on the beach, but this person didn't like it."

"In addition to shouting at us while I had a mask on, he said to me to get out of his country with an expletive and that I was responsible for this, referring to my ethnicity," she added. "So, that wasn't nice."