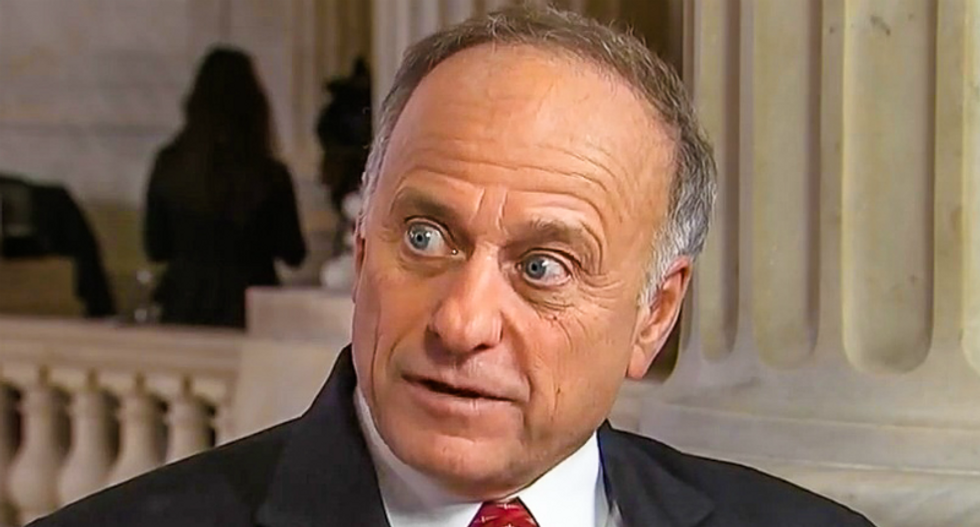 Rep. Steve King (R-IA) who has been caught in multiple racist, sexist, homophobic and xenophobic comments over the years, was removed from all of his committees in Congress by his leadership and now one GOP Jewish group is supporting his opponent.

According to NBC News, the Republican Jewish Coalition is endorsing Randy Feenstra, in what they call a "rare rebuke" of one of their own party members.

The group's political action committee sent a $5,000 check to Feenstra and intends to raise money for him, Brooks said.

Over half a million dollars were raised to help Republicans from their group in 2018, records show.

King swears he's being treated unfairly by his own party, saying he's the victim of a "political lynch mob." He swears he rejects white nationalism and white supremacy as well as anyone who carries the ideology.

"White nationalist, white supremacist, Western civilization — how did that language become offensive?" King asked last January. "Why did I sit in classes teaching me about the merits of our history and our civilization?"

King was on the Judiciary, Agriculture, and Small Business Committees until he was removed January 14, 2019, and condemned for his statements.

There are other GOP groups who have come out in support of Feenstra too. The candidate said that King's actions has diminished his ability to be an effective official for the Iowa district.