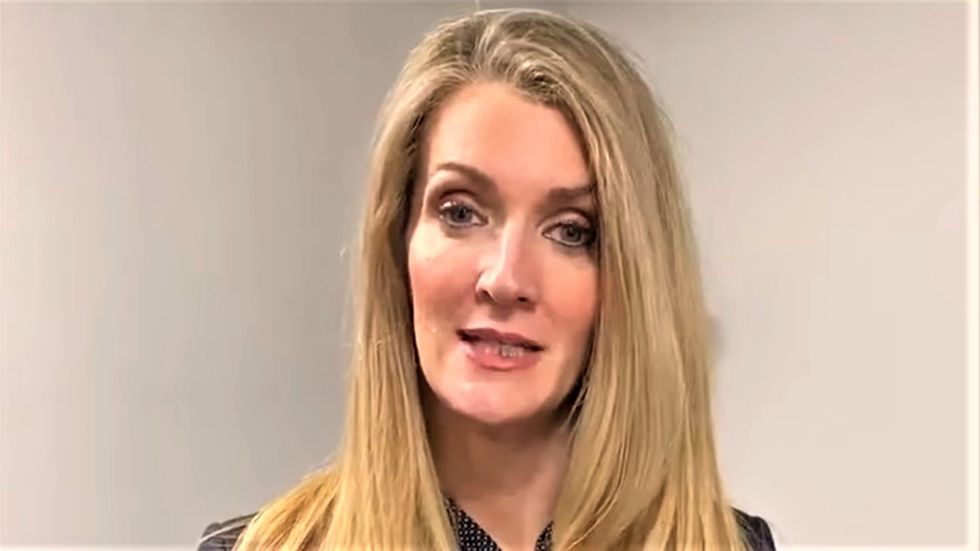 Sen. Kelly Loeffler (R-GA) on Thursday avoided reporters' questions about whether she had been contacted by federal investigators about her actions in dumping major portions of her stock portfolio shortly after receiving classified COVID-19 briefings.

Politico's Burgess Everett reports that, less than a day after it was revealed that the FBI had seized the cell phone of Sen. Richard Burr (R-NC) as part of its probe into alleged congressional insider trading, Loeffler was asked if she'd been in touch with the FBI.

The Daily Beast broke news earlier this year that “between January 24th and February 14th... Loeffler reported selling stock jointly owned with her husband worth between $1,275,000 and $3,100,000,” even as she also invested in Citrix, a company that specializes in teleconferencing software that would stand to benefit financially from a mass pandemic.

In the weeks after she sold off her stocks, Loeffler also tried to reassure Americans that the Trump administration had control of the crisis and that the U.S. economy was strong enough to withstand the storm.

“The good news is the consumer is strong, the economy is strong, jobs are growing,” she said in a video posted on March 10th. “Our president has done a fantastic job making sure that we’re in the best position to manage through this situation!”