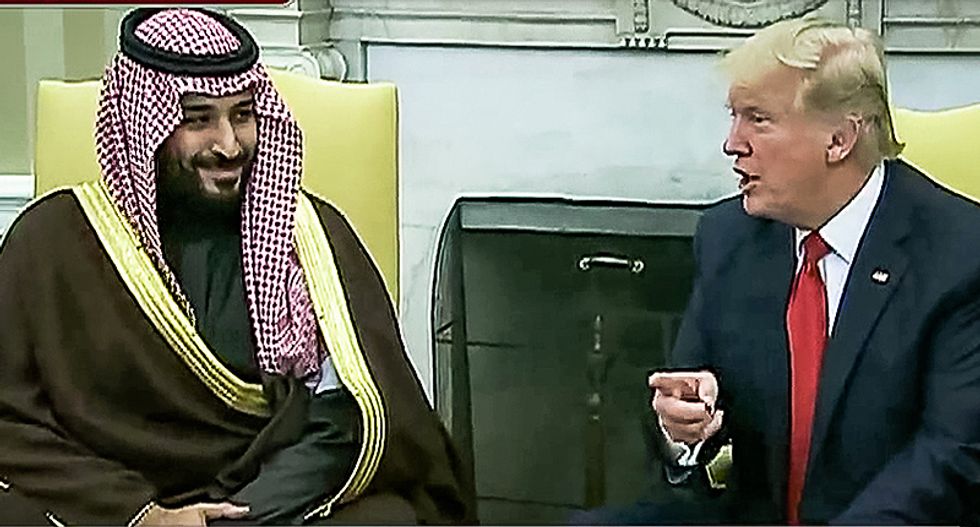 "Two individuals familiar with the situation, including one with direct knowledge, said the Trump administration is drafting another request for a significantly smaller package of arms that includes precision-guided munitions similar to those Secretary of State Mike Pompeo approved in a highly contentious $8 billion sale in 2019," the Beast's Erin Banco, Spencer Ackerman, Asawin Suebsaeng, and Adam Rawnsley report.

"The prospective sale also demonstrates the entrenchment of the Trump administration’s bond with Saudi Arabia, right as Riyadh’s punishing war in Yemen and the grisly murder of journalist Jamal Khashoggi has severely eroded Congress’ trust in the Saudis," the Beast's report continues.