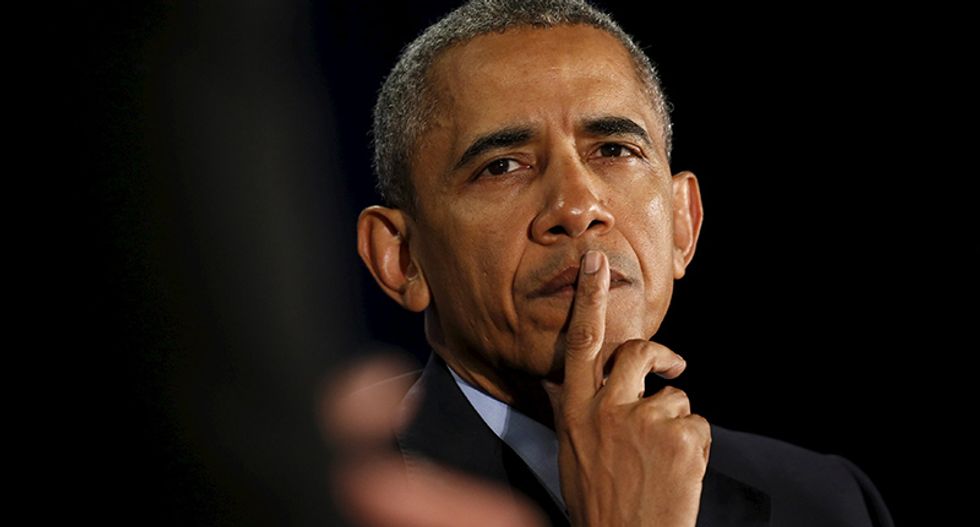 A Tennessee software executive is reportedly out of a job over images circulating on social media that suggest he wanted to see a pay-per-view lynching of former President Barack Obama.

The Chattanooga Times Free Press reported on Sunday that Transcard, a software company in based in Chattanooga, had removed an employee who posted offensive content.

Screen shots reviewed by the paper indicated that Transcard Vice President of IT Gary Casper posted an image of Obama with a noose around his neck. The image included the hashtag #PayPerView.

According to the Times Free Press, Transcard said that "views reflected in posts made by individuals do not reflect the views or values of Transcard."

"The individual of recent concern is no longer employed with the company," the statement noted.

Social media accounts belonging to Casper and other executives at Transcard were said to have been recently deleted.

Donald Trump appeared on the far right-wing cable channel Newsmax Thursday and falsely declared Cassidy Hutchinson, the former aide and advisor to his White House Chief of Staff, has been "thoroughly discredited." Also on Thursday CNN reports Hutchinson said "that she was contacted by someone attempting to influence her testimony."

Experts have called Hutchinson's statements on Tuesday before the U.S. House Select Committee on the January 6 Attack a "data and information cluster bomb," and a "smoking gun" that provides the "strongest legal evidence specifically against Donald Trump thus far."