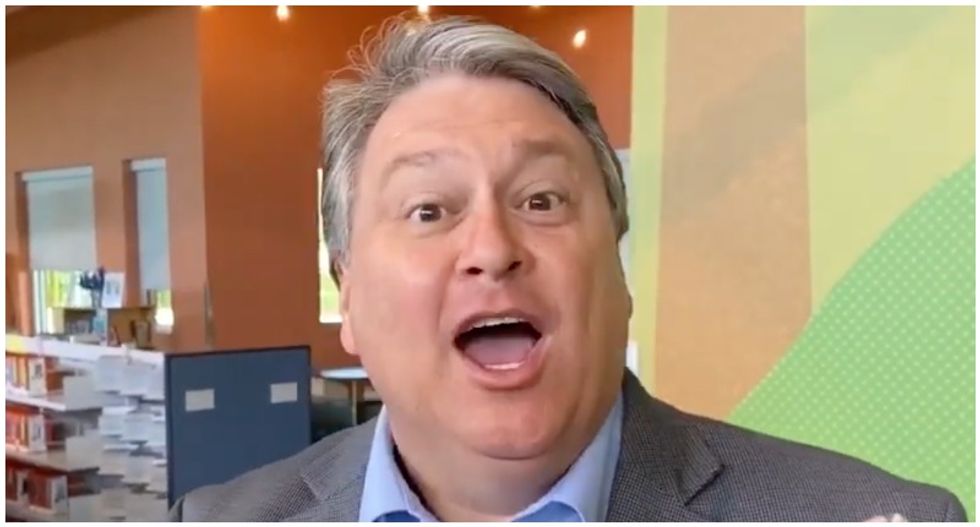 In an email that was posted online, the mayor of a small town in Texas, said that women shouldn't be leading prayers in city council meetings because it's forbidden by the bible.

According to WFAA, Wylie Mayor Eric Hogue referred to passages from the New Testament in an email to another member of the Wylie City Council, who asked if some local student could be allowed to lead the public prayer at the next council meeting on May 26.

“All I ask is that those leading the public prayer be young men,” Hogue wrote on May 17. “As a preacher for the Cottonwood Church of Christ, we take the two verses below literally.”

The passages Hogue cited were 1 Corinthians 14:34-35, which he quoted in the email as reading, "Let your women keep silence in the churches: for it is not permitted unto them to speak; but they are commanded to be under obedience as also saith the law. And if they will learn anything, let them ask their husbands at home: for it is a shame for women to speak in the church," and 1 Timothy 2:11-12, which he quoted: "Let the women learn in silence with all subjection. But I suffer not a woman to teach, nor to usurp authority over the man, but to be in silence."

Speaking to WFAA, Hogue said that although he believes a woman can be president or the "CEO of a company," he believes that when it comes to choosing somebody to lead a prayer at a city council meeting, "because of those two sets of verses, I’m going to choose a male."

Hogue is also the pastor of Cottonwood Church of Christ In Wylie, Texas. On the church's Facebook page, someone posted a screenshot of the letter, calling it "disgusting."

"Keep your religious views of women at church and don’t bring that trash to city council meetings," the post read.

“That's his right in his church and his home but he cannot bring it into a government office,” Shaddox said.