‘That isn’t actually a thing’: Trump mocked for creating new statistic that doesn’t exist and is impossible to measure 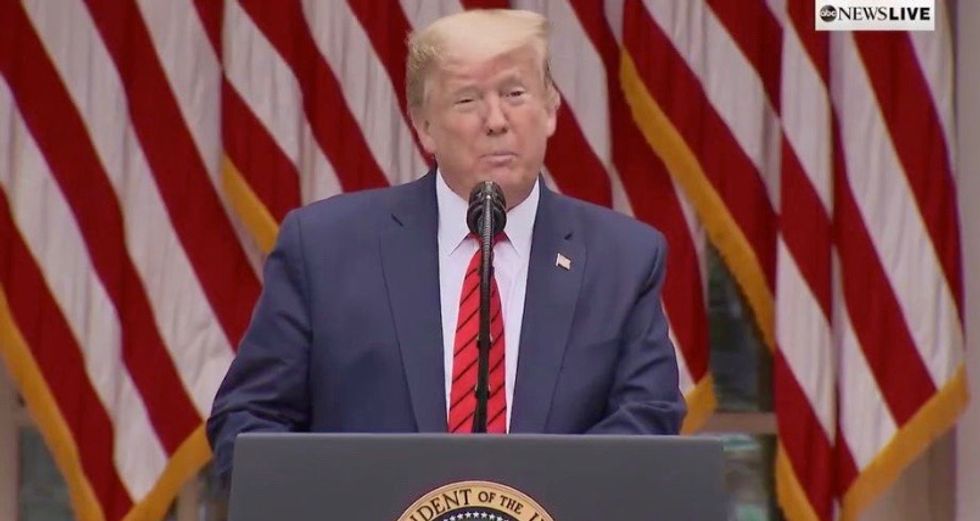 Just days after advocating against coronavirus testing President Donald Trump held a news conference to brag about the advances in testing for COVID-19, and even creating a new "metric," which does not exist and is impossible to measure.

Trump declared "testing is a very big, important function," but he could not resist injecting his personal opinion, adding, "some people consider it more important than others."

The United States currently ranks 39th in per capita testing, yet Trump said on testing America has "prevailed."

But the President drew scorn when he declared that the U.S., along with Germany, lead the world in "lives saved per 100,000 people."

Many were quick to note that is a metric that does not exist for coronavirus, and it would be impossible to measure, unless every coronavirus case had been counted, and the testing for that has not happened.