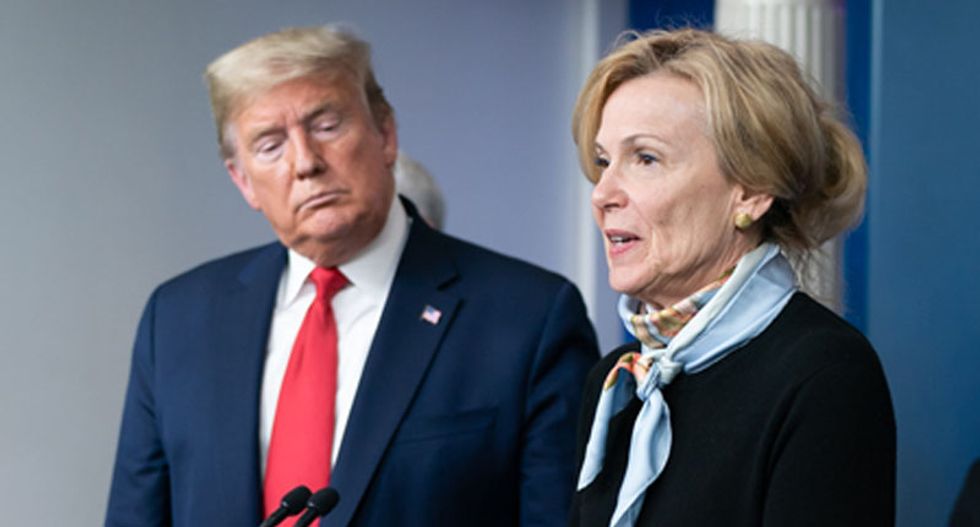 States around the country are beginning to reopen bars, beaches, restaurants, salons and other establishments where people tend to congregate in large numbers. While most states are promising that there must be social distancing and masks, the reality is that the United States hasn't done enough to stop the steady climb of COVID-19 death.

As you can see, we lag several countries in Western Europe -- though those countries saw their spreads begin earlie… https://t.co/IG43JaZGKk
— Aaron Blake (@Aaron Blake) 1588622674.0

The data is important because Blake explained that President Donald Trump's administration is using that dataset as a guide for reopening the country.

"President Trump and the White House in recent weeks have begun playing up not the total number of confirmed cases and deaths, but rather the per capita numbers," he explained. "The United States, they note, has a much larger population than many countries facing significant outbreaks, particularly in Western Europe, and looking at things on a per capita basis pushes us down the list when it comes to the size of the coronavirus outbreak."

“Our mortality rate remains roughly half of that of many other countries and [is] one of the lowest of any country in the world,” Trump said.

The U.S. has “one of the lowest mortality rates in the entire world," Dr. Deborah Birx added.

The problem is that it isn't true.

"Even as we do have a rate significantly lower than some Western European countries dealing with major outbreaks, our rate is higher than the vast majority of other countries — most of which are dealing with many fewer cases," Blake explained.

The reason the Trump administration likely wants to use this data is that the per capita death rate is significantly lower than many of the western states.

The concern is that those countries are managing to flatten their climb upward while the United States has not, even while social distancing. As states begin opening up, it begs the question if the climb will be even greater in a few weeks.

Read the full report from Blake at the Washington Post.