'There has never been a moment of American weakness quite like the one Trump has brought': Ex-republican Steve Schmidt 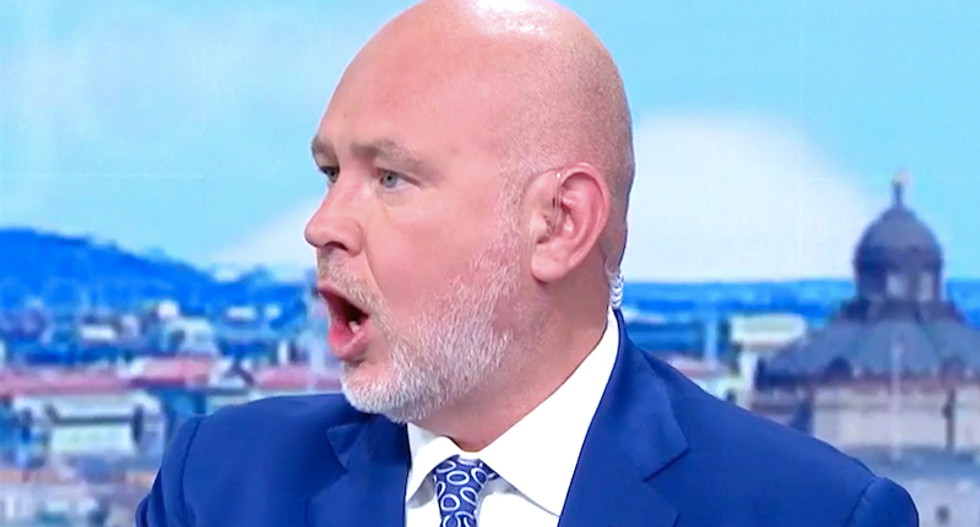 During MSNBC's "Deadline White House," Schmidt mentioned the Lincoln Project ad that the president has been hate-tweeting about for the past several days. He explained that the point of the ad is to showcase just how terrible Trump has been for the United States.

"What the ad makes the point of which is obviously true, he's the worst president in American history," Schmidt told host Nicolle Wallace. "We never had a president fail so terribly in a crisis. We never had a president so derelict in his duty, and we'll have a shattered American economy. He got hoodwinked by the Chinese. He lied to the American people. He's inept and incompetent talking about the television ratings up there while the country is suffering and telling the American public to inject Lysol, a terrible performance for the ages. Lastly, the man who said, 'I alone can fix it. I'm going to make America great again.' The country is weaker, it's poorer, and it's suffering at a level that's never before in its history and there's never been a moment of American weakness quite like the one that Donald Trump has brought, brought on to the country."

"I think the political argument is one that decides the election on the economy," Schmidt predicted. "Here it is, what Donald Trump wants to say is the economy is shattered because of the coronavirus. That, of course, is not true and there are other places around the world where it's not true. The economy is shattered because of Donald Trump's ineptitude and incompetence in responding to the coronavirus. That's why we're going to have 30 percent unemployment, that's why the fabric of America is going to be strained and broken in the ways that it's going to be in the months ahead."

He went on to say that he thinks Democrats shouldn't shy away from attacking the president on the ways he is continuing to hurt the country.

"I think it is essential that Democrats make the argument every day about his manifest unfitness for the office. And also, to talk about how they will unify the country and what will the plan be for recovery, which will take many, many years from one of the most epic events in American history," said Schmidt. "Donald Trump is so manifestly unfit for this office that in the end the consequence of it will be one of the worse crisis facing our country in our 250-year history."

He said that this fact must be called out every, single, day. He also told Democrats not to count Trump out because he has a bigger and better data operation and more money.

"We should not BS each other about the profound tragedy that has been wrought to this country because we have a reality TV star that is unfit mentally, morally and intellectually to sit behind the Resolute Desk as the American commander-in-chief and head of state," he closed.