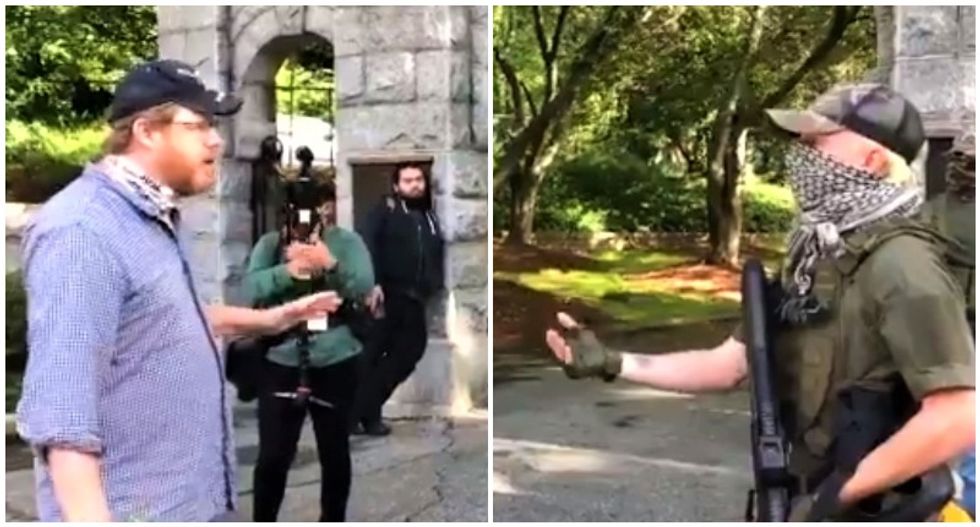 A North Carolina man was caught on video Friday morning angrily confronting armed anti-lockdown protesters who had shown up near his home near Oakwood Cemetery in the city of Raleigh.

In the video, the man stands before a group of armed demonstrators and shames them for trying to intimidate people by openly carrying around assault rifles during their demonstration.

"We're not shooting anyone!" one of the protesters objected.

"This is a hostile act!" the man repeated. "If you want to have a reasonable conversation with somebody, you don't show up armed!"

This isn't the only instance of protesters bringing guns to demonstrations, as armed anti-lockdown protesters on Thursday stormed into the Michigan State House and yelled at lawmakers to end stay-at-home orders that have been put in place to slow the spread of COVID-19.