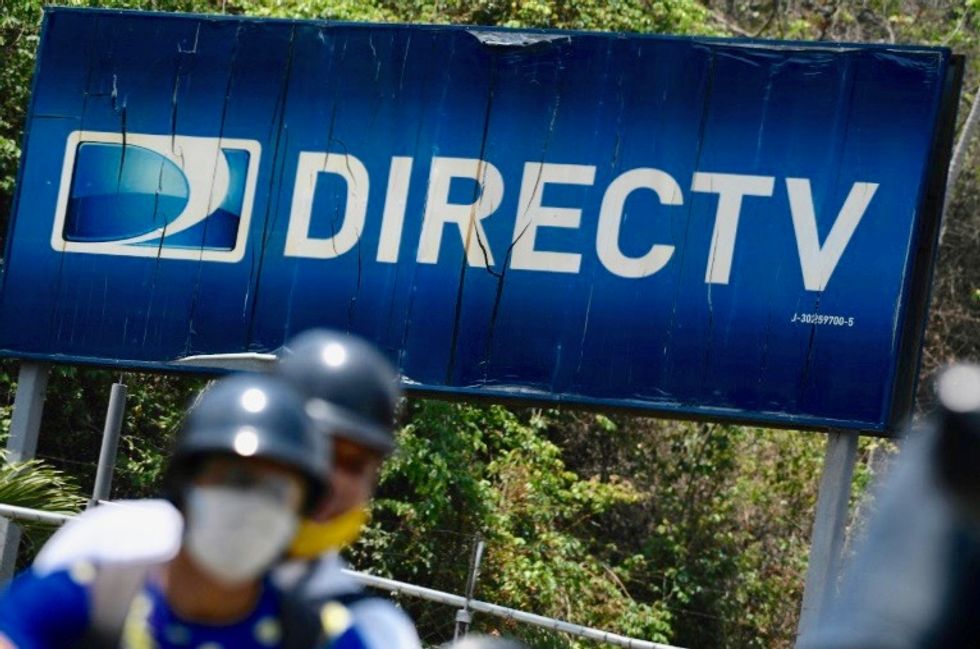 Soldiers surrounded the Caracas headquarters of television provider DirecTV, owned by AT&T, on Friday after a ruling by Venezuela's highest court ordered the "immediate" seizure of the company's facilities and equipment.

The Supreme Court ordered the National Telecommunications Commission (CONATEL) to "take possession" of all property and equipment used in the transmission of DirecTV's services -- which account for 45 percent of the subscription TV market in Venezuela according to official figures.

The court said the armed forces would help secure the assets.

Shortly after the judgment was announced, around twenty armed National Guard soldiers were guarding the entrance to the DirecTV Tower in southeast Caracas, AFP journalists confirmed.

The move comes a day after Texas-based AT&T announced it was ending DirecTV operations in Venezuela.

US Secretary of State Mike Pompeo blamed President Nicolas Maduro for the development.

"Why can't Venezuelans watch Futbol Total? Because Nicolas Maduro drove DirecTV out. Protecting his cronies and their money is more important than allowing ten million citizens access to uncensored information," he tweeted Friday.

"Not only are they guilty of DirecTV leaving the country, they are now taking away equipment and threatening their former workers," Guaido tweeted.

AT&T explained that US sanctions banned the transmission of the private television news network Globovision and PDVSA TV, the channel of the Venezuelan state oil company.

The company said that the transmission of both channels was a condition imposed by the Maduro government in order to grant a pay TV licence in Venezuela.

Maduro, many of his top government allies and PDVSA are all subject to US sanctions.

The board of directors at the company that provides the DirecTV service in Venezuela, Galaxy Entertainment, have been barred from leaving the country.

The court instructed CONATEL to appoint a new board of directors in order to "guarantee the immediate re-establishment of services (and) the labor rights of all the employees."