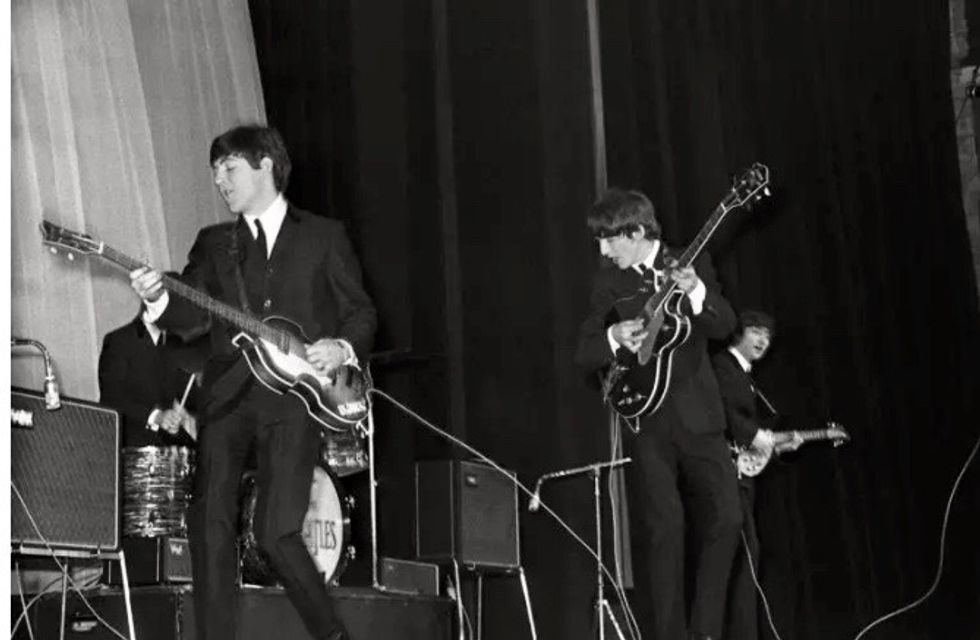 Tributes emerged Saturday for German photographer Astrid Kirchherr, whose striking images of The Beatles in the early 1960s helped turn them into cultural icons, following the announcement of her death this week aged 81.

Kirchherr passed away on Wednesday in Hamburg a few days before her 82nd birthday, Beatles historian Mark Lewisohn confirmed Friday.

"Her gift to the Beatles was immeasurable," he said on Twitter, describing Kirchherr as "intelligent, inspirational, innovative... smart, loving and (an) uplifting friend to many".

Those close to her told several German media outlets, including the weekly Die Zeit and NDR public television, that she had died after a serious illness.

Beatles drummer Ringo Starr took to social media to pay his own tribute.

"God bless Astrid a beautiful human being and she took great photos," he said.

Kirchherr met and befriended the band in 1960 during a tour in Hamburg, before they achieved worldwide fame.

"My whole life changed in a couple of minutes," she is quoted as saying.

At the time, the group was made up of five members: John Lennon, Paul McCartney and George Harrison, as well as bassist Stuart Sutcliffe and drummer Pete Best, who was later replaced by Starr.

Sutcliffe fell in love with Kirchherr and stayed on in Hamburg, but died from a brain haemorrhage in 1962.

She later married and divorced twice, but had no children, The Guardian reported.

Kirchherr went on to take numerous photos of the group, showing them both as rebels and romantics. She later lived mainly off the reproduction rights of the pictures, NDR said.

She was also said to have worked as a stylist and interior designer and opened a photography shop.

Kirchherr was behind the group's so-called mop-top hairstyles of the early 1960s.

The photographer later kept in touch with The Beatles, Harrison in particular.

Dhani Harrison, his son and himself a musician, posted a message to Kirchherr on Twitter alongside a photograph of her.

"Dearest Astrid, I really wish I could have spent more time with you in this life," he said.

"You were always so kind and loving towards me. May God bless you always."

The band remain the best-selling music artists of all time, with enduring hits from "I Want to Hold Your Hand" and "Hey Jude" to "Yesterday" and "Let It Be" familiar to at least four generations of fans.