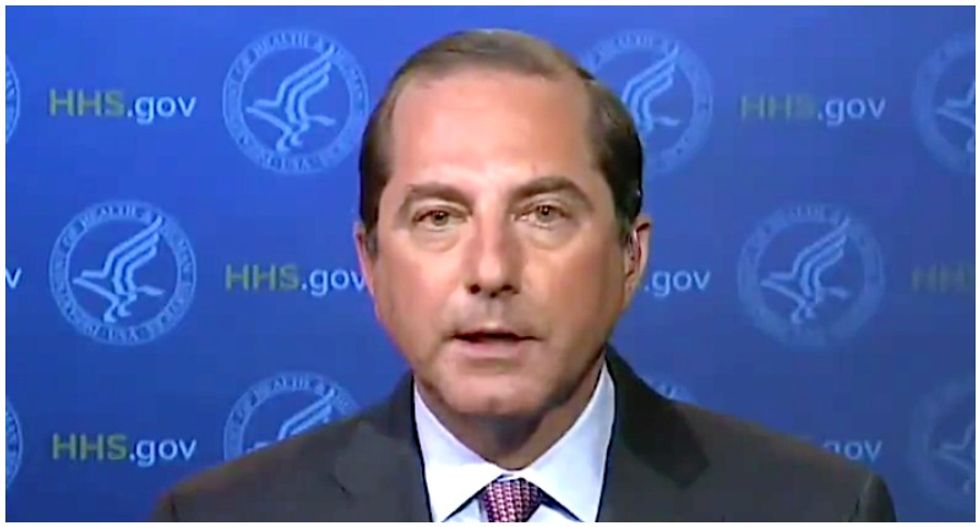 During an interview on Fox News this Monday, Secretary of Health and Human Services Alex Azar was asked about comments from White House trade adviser Peter Navarro, who said that the CDC's "bad testing" set the U.S. back in the fight against coronavirus. According to Azar, the remarks from his fellow Trump administration official were "inaccurate" and "inappropriate."

"The CDC had one error, which was scaling up the manufacturing of the test that they had developed," he said. "There was a contamination that didn't affect the accuracy of the test, it just led to inconclusive results. They fixed that within weeks and got it out."

Watch his full remarks below: