Trump attacks MSNBC's Nicolle Wallace as a '3rd rate lapdog': She 'doesn't have what it takes' 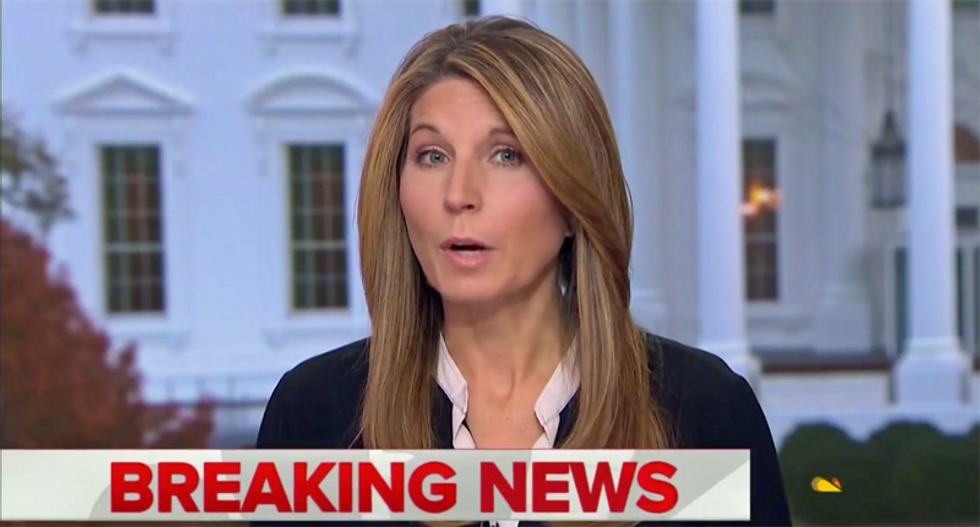 Wallace is the host of "Deadline: White House" and has been a fierce critic of the administration. She draws upon her experience as a former top GOP strategist who served as White House communications director during the George W. Bush administration, which has made her criticism of the Republican president even more biting.

"She was thrown off The View like a dog, Zero T.V. Personas. Now Wallace is a 3rd rate lapdog for Fake News MSDNC (Concast). Doesn’t have what it takes!," Trump tweeted.

On Thursday, she mocked him for feeling cooped up during the shutdown.

On Wednesday, Wallace blasted Trump's White House for shifting the blame on COVID-19.

On Tuesday, she explained why Vice President Mike Pence repels her.

And on Monday, she started the week by mocking the "feeble attempt" to protect Trump from humiliating himself on national TV.