Trump avoiding criticism of Richard Burr's stock-dumping scandal because his state is crucial for 2020: report 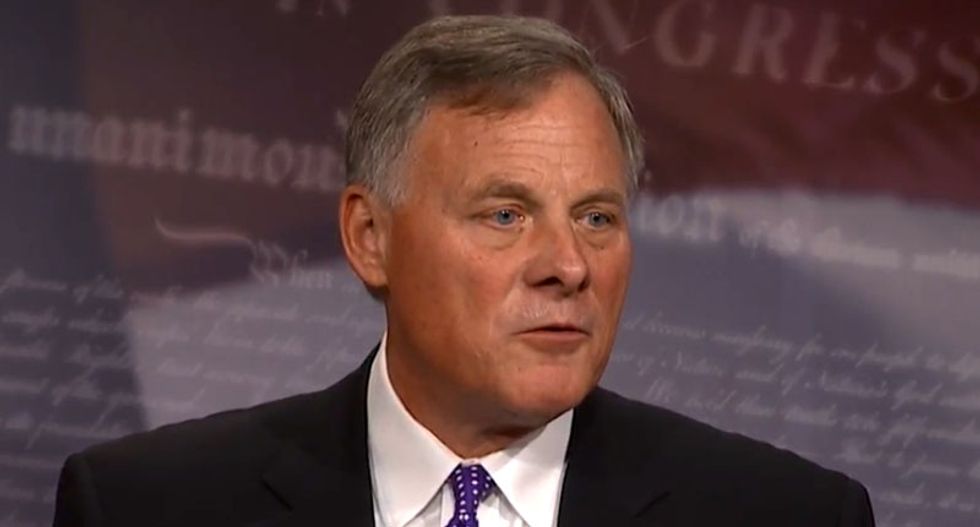 In the wake of the FBI raiding the Washington-area residence of Sen. Richard Burr (R-NC), it's not likely that Republicans will be rushing to his defense since many don't particularly like him, but they want President Trump to withhold any criticism of the embattled senator since the state he represents is crucial to Trump's reelection.

“He’ll stay out of it,” a former Trump adviser told POLITICO. “Getting involved could hurt him politically.”

Burr has reportedly never been popular among Trump's allies.

"Trump allies are angry that Burr, as Senate Intelligence Committee chair, oversaw his panel's investigation into Russian interference in the 2016 election," POLITICO's Anita Kumar reports. "Last year, he issued a subpoena to the president’s oldest son, Donald Trump Jr., even after special counsel Robert Mueller completed his own Russian election meddling report. Later, Burr also authorized the release of a committee report that affirmed the intelligence community's findings that Russia intended to help Trump win with its meddling."

A former adviser to Trump told POLITICO that Trump will stay mum on Burr's case for a while but will eventually speak up when he hears allies complaining about him.

“It’s only a matter of time,” the former adviser said.