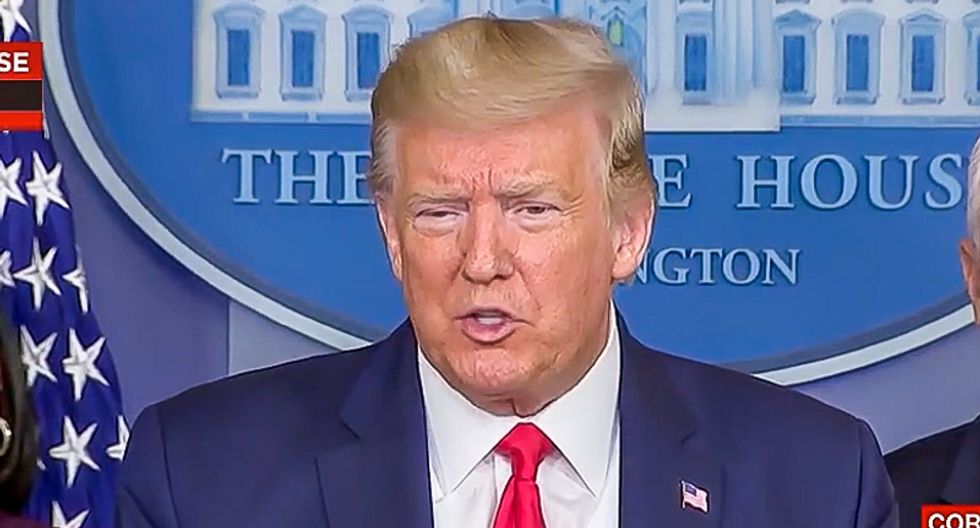 President Donald Trump on Monday lashed out at MSNBC and CNN for not buying into his administration's unsupported theories that COVID-19 originated at a lab in Wuhan, China.

The administration has been trying to shift blame to China, even though other countries did far better than America in responding to the disease once it crossed their borders.

In his missive, Trump referred to MSNBC as "MSDNC" and labeled CNN as "FAKE NEWS CNN."

Trump did not say how they were trying to protect China, but both networks have reported that Trump's claims about China have not been supported by evidence from the administration.