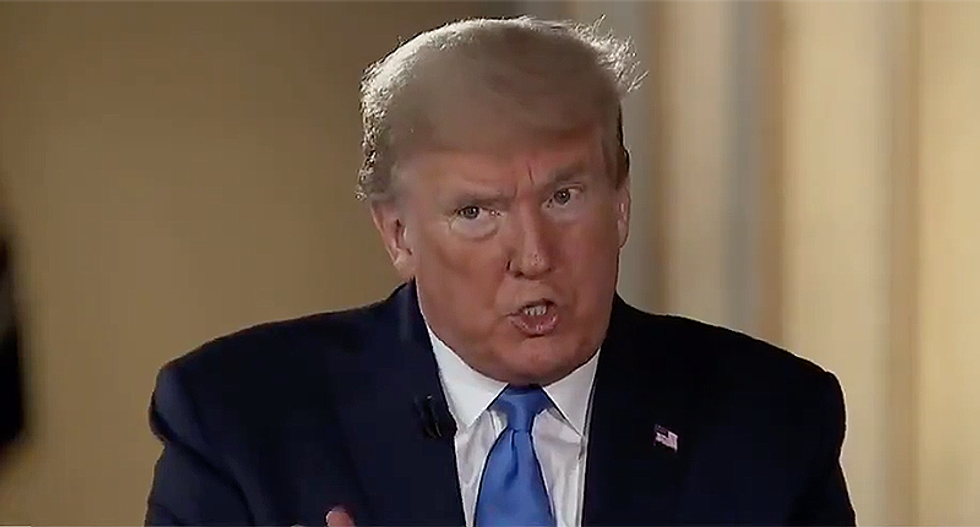 President Donald Trump's remarks at an Allentown medical supply facility are being pointed to as proof he not only opposes testing for coronavirus but doesn't understand why Americans need to be tested.

And he's getting royally rousted for them.

On Thursday Trump visited an Owens & Minor distribution plant, telling employees in a speech that testing is overrated.

“It could be that testing’s frankly,” he said, taking a long pause, “ah, overrated?”

He also suggested it would be better to not test.

Upon learning of the President's remarks, many mocked him for what sounded like a suggestion there would be fewer  people infected with coronavirus if there were less testing.

If we didn't do any testing, we would be blind to where the virus was spreading and unable to take effective action… https://t.co/JwtDK1emxx
— Caroline Chen (@Caroline Chen)1589488438.0

If we didn't have no thermometers, there wouldn't be no whatchacallit globel warmin' https://t.co/RsYYkaHAwW
— Stonekettle (@Stonekettle)1589488817.0

So I shouldnt get my cancer screening cuz it might find cancer? https://t.co/k2rxcsmaqW
— WeThePeople🇺🇸🇺🇸 (@WeThePeople🇺🇸🇺🇸)1589494844.0