Trump interrupts PGA to blame Obama for the COVID-19 crisis 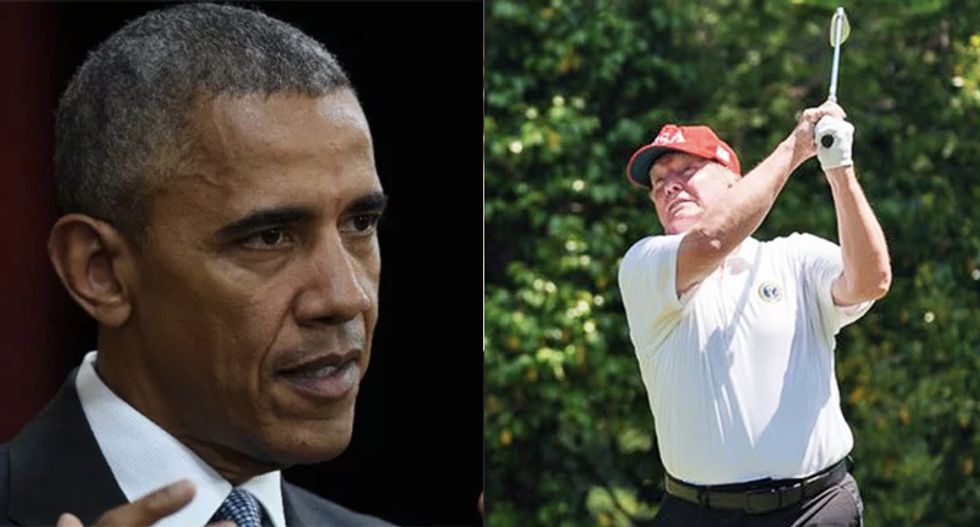 Former President Barack Obama may have been out of office for three years, but the 2019 coronavirus was somehow made worse by him, according to President Donald Trump.

Interrupting the PGA on Sunday, NBC interviewed Trump over the phone, where he name-dropped golfers claiming that he knew them. Then he quickly turned from hoping to bring back sports to blaming Obama for the crisis.

According to Trump, he was left woefully unprepared due to Obama, who left office in 2017. Trump has not yet revealed what he spent the subsequent three years doing if there was such a lack of resources. During Trump's first two years in office, the Republican Party ran the House, Senate, and White House.

COVID-19 is so named because it stands for coronavirus found in 2019. Obama had been out of office for just under three years during the discovery of the coronavirus. No tests could be invented for coronavirus three years before the virus existed, though Trump seems confused by the timeline about when he took over the White House and when the COVID-19 crisis began.

Trump hasn't gotten good marks from the public about his handling of the crisis. A majority of Americans believe it's too soon to reopen. Still, Trump moves forward.

At the close of an interview, a voice congratulates NBC's Mike Tirico for the interview. Twitter users thought that it was Trump, though the voices don't seem to quite match.

Listen to the Trump interview below: