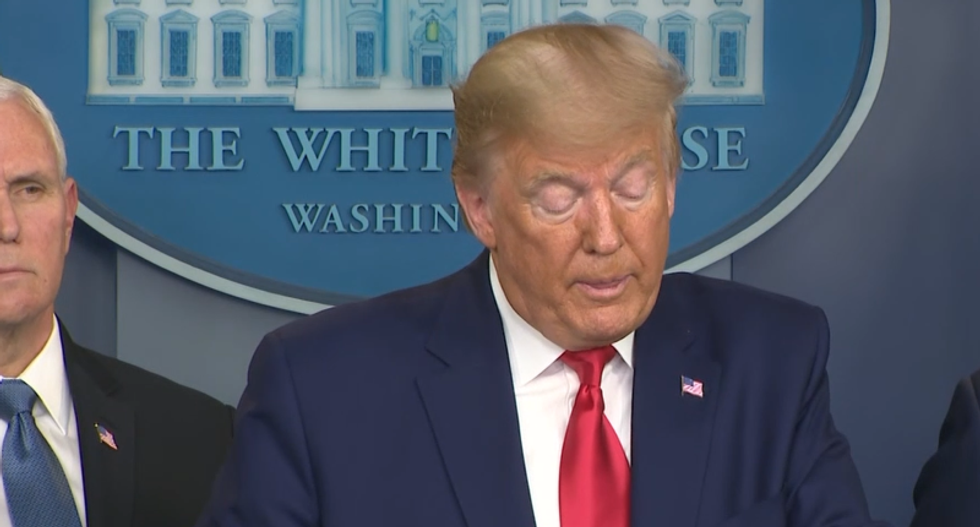 CNN's John Harwood on Friday said that President Donald Trump is pitching conspiracy theories about the novel coronavirus being manufactured in a lab because he has no other way of recovering politically.

While discussing the president ignoring an intelligence assessment that states that there is no evidence that the virus was manmade, Harwood said that the president is simply trying to find some kind of scapegoat to blame for the deadly disease that has so far killed 63,000 Americans in less than two months.

"This is a president who is clearly flailing right now," he said. "He entered this crisis with weak credibility. Polls throughout the administration have shown that most Americans don't believe the president. Secondly, two-thirds of the american people think that he's been behind the curve on this crisis."

He then recounted some of the wild ideas the president has thrown out during the pandemic.

"A week ago, this is a president who suggested injecting disinfectant into people's bodies to -- as a curative measure in this crisis," he said. "Now the president is attempting to hold up China as the bogeyman in this situation."