Trump is resigned about America's economic crisis: 'That is what it is' 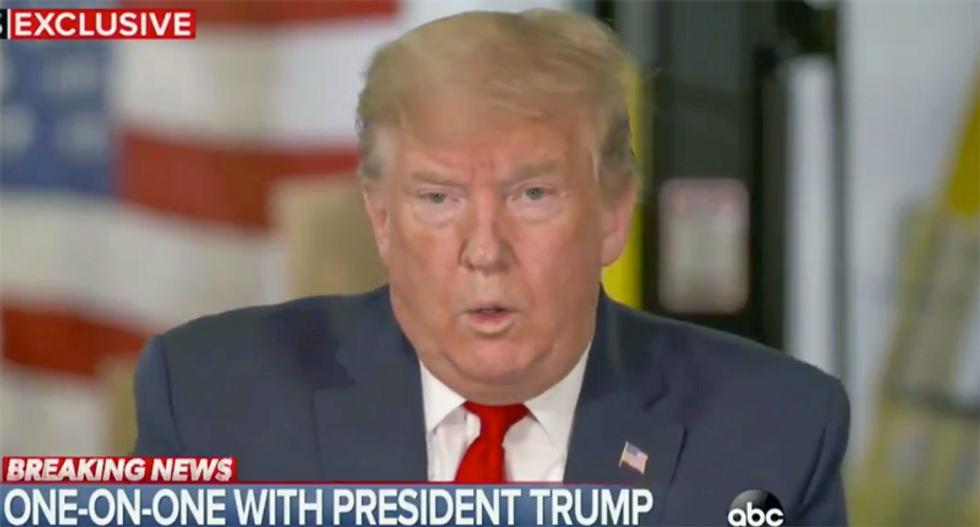 President Donald Trump did not have an answer when asked about how much further the economy will plunge during a Tuesday interview with ABC News anchor David Muir.

"There are 30 million Americans who are unemployed, you don't need me to tell you that," Muir said.

"We're expecting the new unemployment rate this week, there have been forecasts, 15, 16, 17%," he noted. "One of your advisors projected an unemployment rate of 19% -- that's nearly one in five Americans without a job."

"How bad is this going to get?" Muir asked.

"Well, that is what it is," Trump replied.

"And you know, it's very interesting, even the Democrats aren't blaming me for that," Trump falsely claimed.

In fact, Democrats have repeatedly blasted the administration for a coronavirus response that made the economic crisis worse.